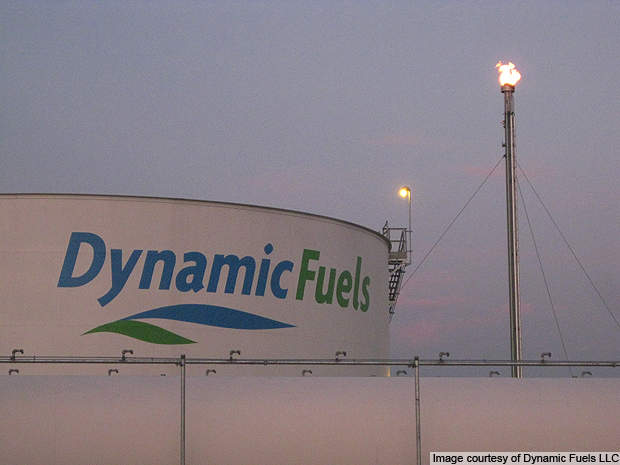 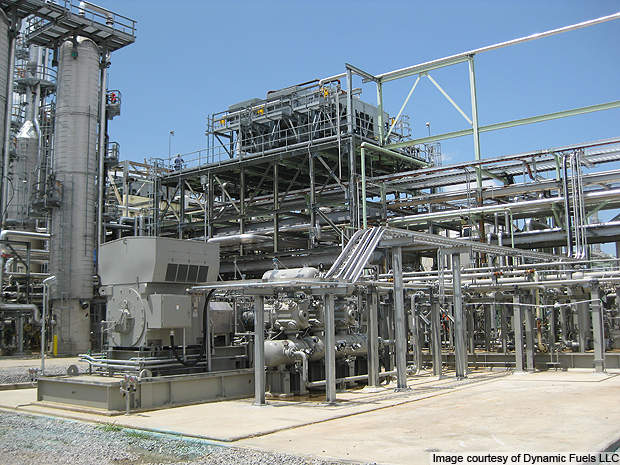 The hydrogen compression facility at the Dynamic Fuels plant. 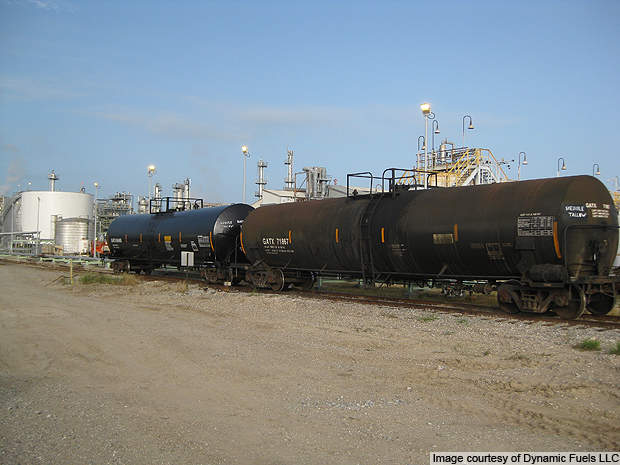 Feedstock being transported via rail network. 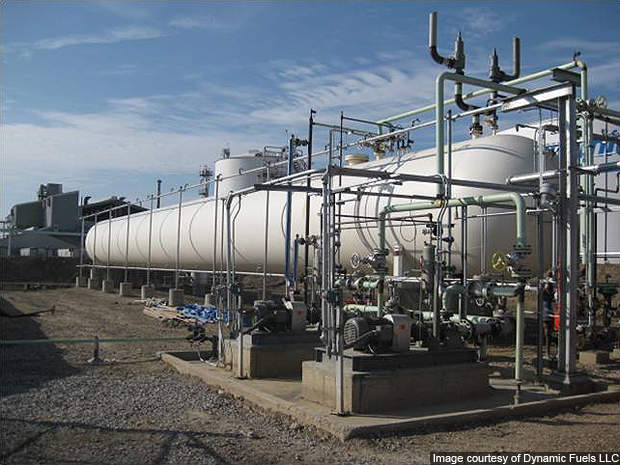 The LPG storage bullet at the Dynamic Fuels plant has the capacity to hold 90,000gal. 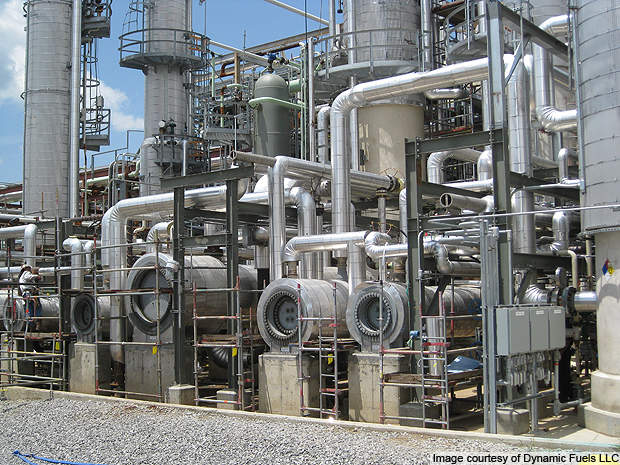 The flare was commissioned in August 2010. 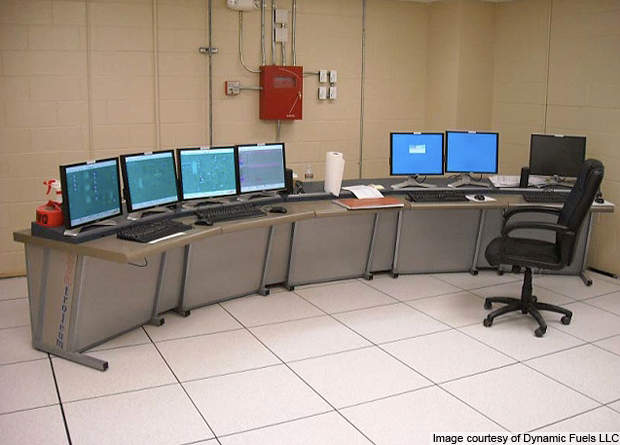 The control room of the Dynamic Fuels plant.

It is also the largest commercial renewable synthetic diesel fuel plant in North America. The plant is owned by Dynamic Fuels, a 50:50 joint venture company of Syntroleum Corporation and Tyson Foods. The total investment in the project is estimated to be about $170m.

In June 2008 the Louisiana State Bond Commission approved $100m funds under the GO Zone Bonds. The plant will create about 300 jobs.

The plant is designed to convert the animal feedstock into about 75m gallons of renewable fuels annually (Mgy). About 60Mgy of the production will be renewable diesel, while the reminder will be liquid natural gas (LPG) and naphtha.

Production began in October 2010 and the plant was started up on 8 November 2010. The plant is currently producing 2,500 barrels per day. It employs 44 permanent full-time personnel and 13 full-time start-up support personnel.

The Dynamic Fuels plant in Geismar is located on a 25-acre leased site to allow future development. Construction of the plant was started in October 2008. Mechanical completion was in July 2010.

The site was selected in November 2007. It has infrastructure for natural gas, electricity, water and nitrogen, and rail network for feedstock offloading. Proximity to Praxair will ease the supply of hydrogen to the plant via pipelines. The naphtha and liquid natural gas produced at the plant can also be shipped via pipelines to the nearby gas plants.

The feedstock for the Dynamic Fuels plant includes hydrogen and animal by-products such as pork lard, greases, beef tallow and chicken fat.

The low-grade greases and fats are economical than the vegetable oils and do not have impact on human food supply. Tyson Foods supplies the feedstock and the first shipment to the plant has already been made.

The Bio-Synfining fuel production process involves three-steps. The feedstock molecules of animal fat (triglycerides or fatty acids) are cracked and reacted with hydrogen at high pressure and heat.

“The feedstock for the Dynamic Fuels plant includes hydrogen and animal by-products.”

The hydrotreating process produces normal paraffin in the presence of proprietary metallic catalyst. Oxygen is removed during reaction, which enhances the qualities of the final products. The restructured molecule is further processed to produce isoparaffin. The other steps involve standard fractionation process.

The process which uses proprietary technology produces bio-synfined renewable synthetic diesel or jet fuel, and naphtha and LPG as by-products. Being non-fossil fuel, the synthetic fuel results in lower nitrogen oxide and sulphur emissions as low as less than one part per million (ppm).

The greenhouse gas emissions are also 74% lower than petroleum-based diesel per gallon.

The front-end engineering design (FEED) was awarded to CDI Engineering in February 2008. In August 2008 Dynamic Fuels awarded the contract for construction of the plant to L-Con Constructors. Emerson was contracted for the plant automation in April 2009.

Dynamic Fuels will market its renewable synthetic diesel fuel through the existing distribution system in the US. It can be used as blends in conventional diesel for meeting the minimum emission standards set by the government.

Due to their lower engine operating temperature, clear emissions and high combustion quality, the renewable fuels can be used as jet fuel and for arctic applications. The company aims to mainly target the military and diesel markets.