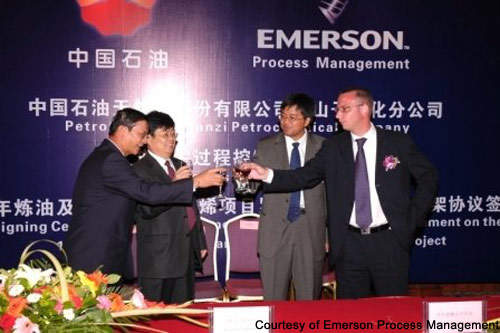 Emerson Asia Pacific has been awarded the contract for the refinery control systems and process technology at the Dushanzi complex. 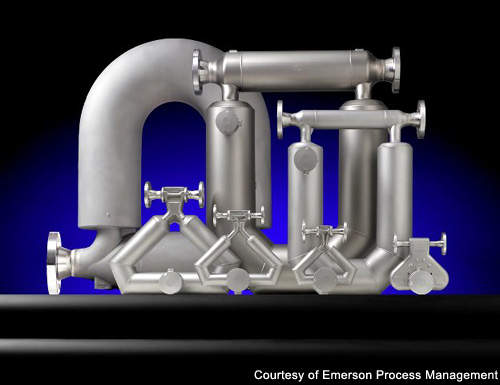 Emerson control valves will aid the Dushanzi plant in being highly efficient. 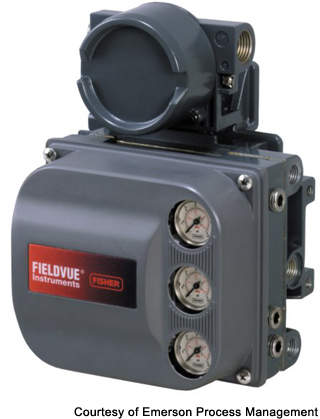 There are 2,500 Fieldvue meters to be installed by Emerson to aid in the management of its control valves. 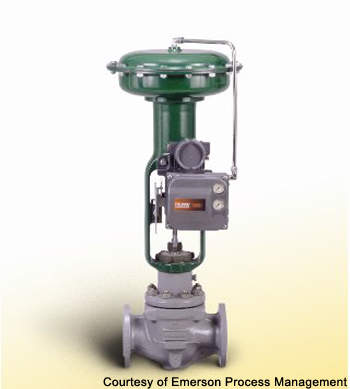 Emerson will provide the technology to give the Dushanzi refinery exceptional control over its processes. 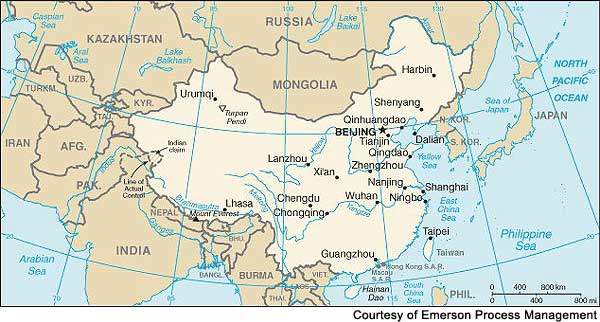 The Dushanzi refinery is situated in north-west China, towards the border with Kazakhstan. 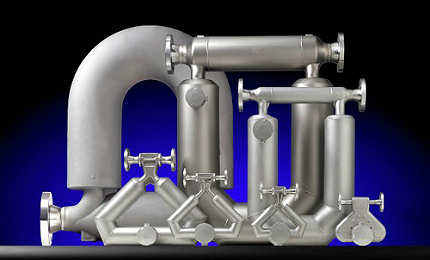 China intends to have 100 million tonnes of new oil processing capacity by 2012. With China becoming more and more a net user of crude oil to produce fuels and chemicals for its growing manufacturing base, Petrochina is working to provide more domestic facilities to refine crude oil, to make the country less dependent on imports of chemical raw materials.

One of these projects is the Dushanzi oil refining and ethylene project in the Xinjiang Autonomous Region of north-west China. It is the largest investment to date.

This facility was developed (there is an existing facility on site) by the Dushanzi Petrochemical Corp, which is a subsidiary of PetroChina Co, to refine crude oil received from Kazakhstan via the 1,200km Kazakhstan-China crude oil pipeline, which opened in 2006.

The investment in the refinery project is around $4.4bn (RMB30bn). The new refinery units were under construction since the second half of 2005 and were to be started up in November 2008.

However, the project was delayed by about a year because of a hold up on some equipment that was ordered for the plant. Commercial operations at the plant finally started in September 2009.

"One of these projects is the Dushanzi oil refining and ethylene project in the Xinjiang Autonomous Region of north-west China."

The new refinery on the existing site involved the construction of 20 refining process units and 12 petrochemical process units.

The 12 petrochemical plants comprise of a 10mt/y distillation plant, a 2mt/y hydro-cracking unit, a 1mt/y ethylene plant, a 900kt/y polyethylene plant and a 550kt/y polypropylene plant.

The refinery processes ten million tonnes of crude oil a year (200,000 barrels a day) and produces 1.2 million tonnes of ethylene a year, as well as a range of fuels and other refinery products that can be converted into valuable petrochemicals. The polyethylene plant and polypropylene plant use polymer technology licensed from INEOS Technologies.

The main instrumentation provider for the new refinery was Emerson Process Management. Emerson provided a range of its process control technology for the refinery and petrochemical complex.

The technology includes more than 25,000 Rosemount instruments, with around 2,500 Fieldvue DVC6000 HART smart positioners (to aid in the management of control valves to improve efficiency), 2,000 Fisher control valves and more than 400 Micro Motion Coriolis meters. Emerson will enable the plant to be one of the most efficient in China because of the digital control systems.

The new plant uses the UNIPOL PE process provided by Univation Technologies for the polyethylene plant. The refinery is the first in China to use Univation’s single reactor bimodal technology for high-density film.

Contractors for the Dushanzi refinery in Xinjiang

AMEC has been awarded two contracts for work on the refinery. The first of these, in August 2005, was for the provision of consultancy services for project management, engineering, planning, cost management, safety, health and quality assurance and also the use of AMEC’s Convero project management software.

The second contract awarded to AMEC in May 2007 was a role as the integrated project management team (IPMT) contractor for the management of safety, health and environmental and quality assurance and control at the refinery.

"The new refinery on the existing site involved the construction of 20 refining process units and 12 petrochemical process units."

In addition to this, Universal Technology was awarded a $10m contract in April 2007 by China Petroleum Material and Equipment Corporation to provide laboratory testing instruments for the refinery’s central laboratory. The equipment includes testing equipment for physical / mechanical properties, as well as petrochemicals testing and refinery equipment.

Invensys Systems was also awarded a contract in January 2007 by the Dushanzi Petrochemical Corp for the provision of operator training simulator equipment for the refinery.

In January 2007, RAE Systems was awarded a contract worth $2m to supply fixed toxic and combustible gas detection equipment. RAE provided a 1,600-point combustible and toxic gas detection system, along with field services and technical assistance in 2007 and 2008. RAE was also given the contract to supply gas monitors and personal protection equipment.

In May 2007, GE Sensing was awarded a three-year purchase contract worth more than $3m to supply ultrasonic flow meters, moisture analysers and oxygen analysers for the refinery.

Aker Kvaerner was chosen in March 2007 to provide basic engineering design and offshore procurement services for the polypropylene plant.

In 2009 Shell Global Solutions was awarded a contract in 2009 for incorporating a high vacuum unit (HVU) to increase the oil refining capacity and ethylene production capacity of the plant. Woodward supplied the control systems for the compressor trains at the plant.