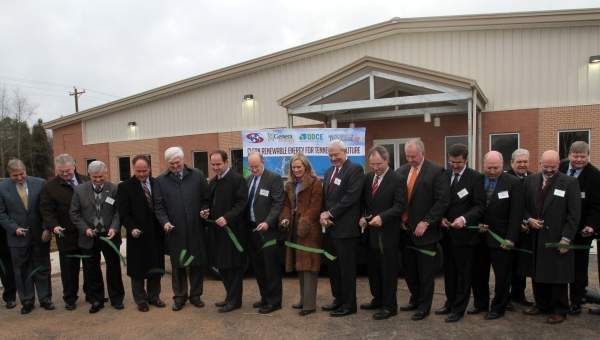 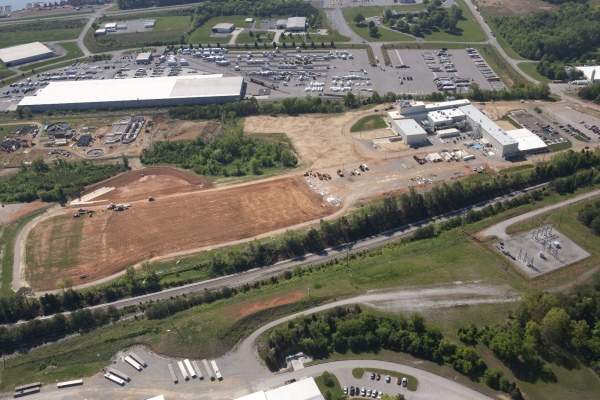 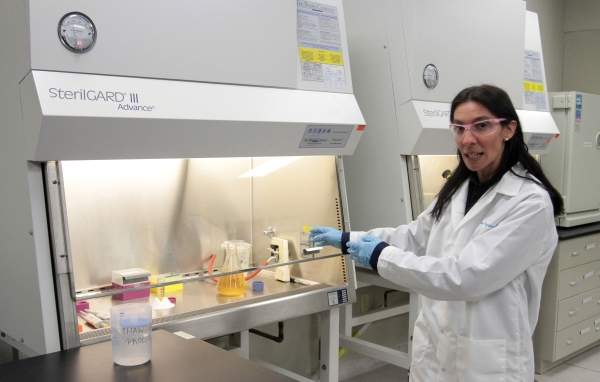 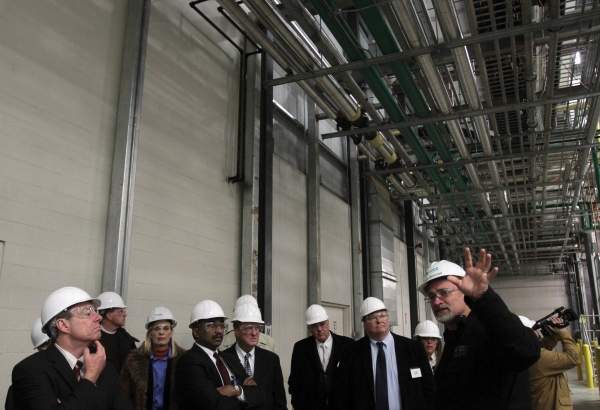 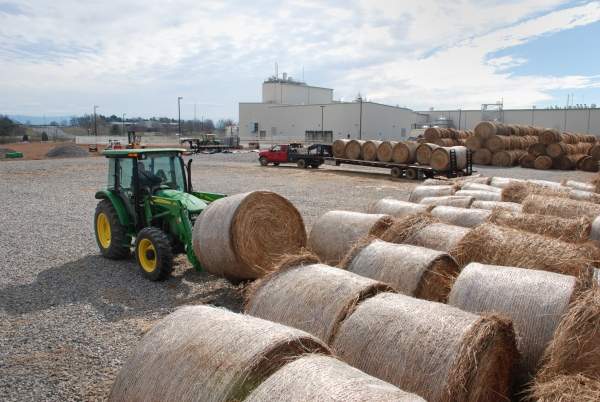 Bales of switchgrass feedstock at the Color Wheel Farm in Monroe County, Tennessee, prior to their processing in the adjacent Biomass Innovation Park. Image courtesy of The University of Tennessee College of Agricultural Sciences and Natural Resources.

DuPont’s cellulosic ethanol biorefinery is a pre-commercial facility in Vonore in Tennessee, the US. It was established as a 50:50 joint venture between DuPont and Genecor International, a subsidiary of Danisco.

It was owned and operated by DuPont Danisco Cellulosic Ethanol (DDCE), a jv company formed in May 2008. In January 2011, DuPont acquired the assets of Danisco for $5.8bn resulting in DDCE’s rebranding to DuPont Cellulosic Ethanol. The acquisition was completed through bids in May 2011.

Construction of the pilot-scale demonstration biofuels facility was started in October 2008. It began production in December 2009 and was opened in January 2010.

The estimated investment for the construction was $50m. The project obtained additional funding of about $100m from DuPont and Danisco for proprietary research and technology development. University of Tennessee’s Biofuels Initiative (UTBI) also financed the project.

The 74,000ft² pilot plant and process development unit (PDU) is a state-of-the-art research and development facility located in the Niles Ferry Industrial Park. The facility is being used to scale up and improve efficiency of the production processes and the technology for economical commercial production of cellulosic ethanol.

The pilot facility has been successfully producing about 250,000 gallons of ethanol a year since December 2009. It has 20 full-time employees. HTH Companies was the insulation contractor.

"In January 2011, DuPont acquired the assets of Danisco for $5.8bn resulting in DDCE’s rebranding to DuPont Cellulosic Ethanol."

DuPont Cellulosic Ethanol started a Stover Collection Programme in 2011 for the economical supply of stover to the facility.

It has also collaborated with the Iowa State University and Pioneer Hi-Bred to let farmers adopt advanced harvest, transportation and storage practices for the biomass crops to provide additional value to the croplands.

About 1.5 million acres of land in Tennessee state is expected to be dedicated to supply biomass feedstock plants such as switchgrass for the biorefineries.

The processing involves milling and pre-processing of the biomass to reduce particle size of the raw materials. The pretreatment involves breaking of the lignin and crystalline polymeric sugar lattice of the feedstock. The mild process uses diluted ammonia which is recyclable and helps reduce costs.

The next process, saccharification or enzyme hydrolysis, involves deployment of specifically designed enzymes in whole-broth formulation. It has 25% more efficient solids loading capacity.

Finally, fermentation of the sugars is done using zymomonas mobilis bacterium which has high tolerance and ethanol yield.

The biorefinery can produce about 680 gallons of cellulosic ethanol for every acre of switchgrass. It can produce about 90 gallons of ethanol from one ton of corncob feedstock. Cost of bioethanol fuel produced at the facility is about $2 for each gallon. The company aims to reduce costs to $1.5-$1.7 a gallon.

Genera Energy was formed by the University of Tennessee Research Foundation for the biomass supply chain development.

"DuPont’s cellulosic ethanol biorefinery is a pre-commercial facility in Vonore in Tennessee, the US."

It promotes development and capital biorefinery projects under the University of Tennessee’s Biofuels Initiative (UTBI). The university has funded the development of switchgrass as a cellulosic energy crop. Both UTBI and Genera Energy are developing supply chain logistics to supply feedstock to cellulosic biorefineries.

In June 2011, DuPont Cellulosic Ethanol purchased land in Nevada, Iowa state, for the construction of a commercial-scale cellulosic ethanol biorefinery by 2013. It will be located adjacent to Lincolnway Energy’s ethanol plant.

The proposed $235m commercial-scale biorefinery in Iowa will have a capacity to produce 25-50 million gallons a year using corncob and stover as feedstock. A commercial biofuel plant from switchgrass feedstock is expected to start-up by 2014.