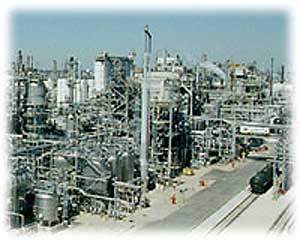 Shell Chemical divested its resins operations from the chemicals plant in 2000.

Deer Park is a 1,500-acre integrated petrochemical complex in Harris County, Texas. The complex has a refinery and a chemical plant. The refinery was established in February 1993 by a 50:50 joint venture of Petroleos Mexicanos (Pemex), a subsidiary of PMI Norteamérica, and Shell Oil Company, called Deer Park Refining Limited Partnership (DPRLP). The chemical plant was established in 1940s and is owned by Shell Chemical.

Shell Deer Park Refining Company, a subsidiary of Shell Oil, is responsible for the operations and management of the complex. The DPRLP completed a $1bn upgrade at the refinery complex in March 2001. With a crude oil processing capacity of 340,000bpd, it is the sixth largest refinery in the US.

In January 2008, Environment Texas and Sierra Club filed a case against Shell Oil for violating the Clean Air Act by emitting pollutants from the Deer Park refinery and chemical plant for five years. Shell was directed to pay a penalty of $5.8m towards environmental programmes in Houston area and also decrease the emissions by about half in three years time.

The Deer Park ethylene facility, along with Norco in Louisiana, is the main ethylene supplier for Shell Chemical’s operations in North America. The two plants are the main supports of Shell’s Gulf olefins system. The objective of the expansion of the Shell facilities in both Louisiana and Texas is to defend and possibly expand the company’s market share. Shell Chemical is a major competitor in the US merchant ethylene market. The company, however, divested its resins operations from the chemicals plant in 2000.

“The Shell complex at Deer Park now has an oxo-alcohols plant.”

Shell Chemical had earlier decided to combine two planned expansions at its Deer Park, Texas, olefins plant into one large de-bottlenecking project. This was to be part of its wider scheme to enhance its production facilities in the southern USA.

In the second half of 1999, the company declared that it was going to expand its ethylene capacity at Deer Park.

The plans were, however, cancelled later. The expansion would have been by 450,000t/yr, bringing the total plant capacity up to about 1.5m tons per year. The expansion was due to come on stream by 2002. The propylene output was also expected to go up, by about 155,000t/yr.

The Shell complex at Deer Park now has an oxo-alcohols plant. The plant produces normal butanol, iso-butanol and 2-ethylhexanol. Shell has a one-step process which converts propylene directly into butanol, iso-butanol and 2-ethylhexanol. These products generally have a higher value-added element, although this is dependent on the vagaries of the market. In early 2000, the butanol plant was linked to a syngas plant, which should improve the site’s efficiency. The link up was tied in with an ordinary maintenance outage.

The plant complex at Deer Park also has a butadiene plant. This is a joint venture between Shell Chemical Company, BASF and Total Fina. The plant started up in 2002. A distribution system to pipe the butadiene directly to major regional customers was also built. The Deer Park refinery site is important in terms of supplying raw materials for this butadiene plant, although it does not belong entirely to Shell Chemical.

The propylene pipeline between Louisiana and Texas was released in return for cash. This was the 263 mile, 10ft diameter, Lou-Tex pipeline that was dedicated to transporting chemical-grade propylene from Sorrento into Shell Chemical’s storage at Mont Belvieu.

The line had served as a balancing mechanism between Shell’s steam crackers at Norco and Deer Park, providing raw propylene feed from Norco to derivative units at Deer Park. The pipeline’s capacity far exceeded the propylene transfer requirement. Shell Chemical retained capacity rights in the line for propylene transport.

The refinery employs about 1,000 people and other contractors, while the chemical plant employs 700.

“The propylene pipeline between Louisiana and Texas was released in return for cash.”

More than half of the crude refined at the complex is imported from Mexico and the rest from Venezuela, Africa and other countries.

It is strategically located on the Houston Ship Channel which allows easy shipment, availability of feedstock, storage and distribution access and dock facilities.

There are also gas plants, a sulfur recovery unit and a co-generation power plant with 150MW power generation capacity.

In February 2010, KBR was awarded a contract for providing instrumentation and electrical support services to the chemical plant.

The other products from the plant include benzene, ethylene, solvent xylene and sulphur. These base chemicals are sold to other chemical companies for producing plastics, pharmaceuticals, carpeting, clothing, paints, building materials and adhesives.