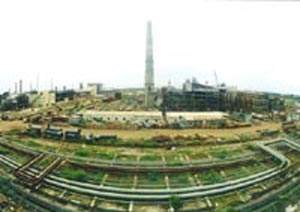 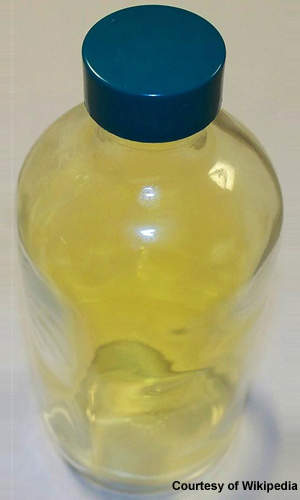 The Dahej complex produces about 115,000t/y of chlor-alkali and chlorine. 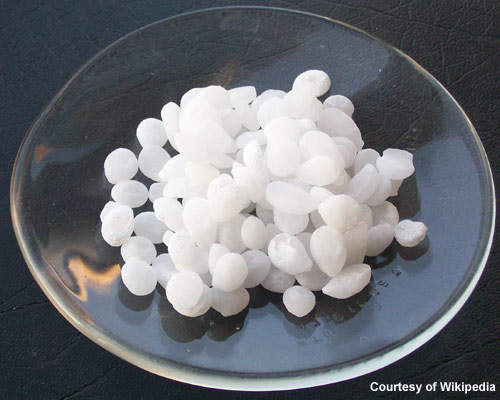 The integrated production of PVC and caustic soda, chlorine and ethylene have given a competitive advantage in the Dahej complex's PVC production. 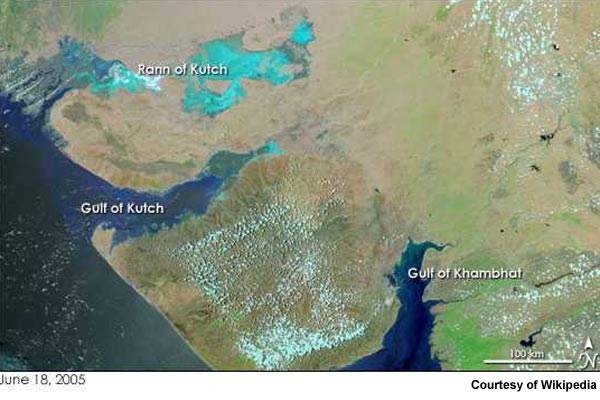 The Dahej complex is a consequence of the discovery of an estimated 190 million tonnes of reserves of oil and gas in the Gandhar region, 73 million tonnes of which is recoverable. The availability of raw materials including salt and access to a sea, besides hydrocarbon feedstock and good water sources in river Narmada offer a favourable environment for petrochemicals industries in the region.

As a result, a Gandhar taskforce was constituted in 1989. Rajiv Gandhi, Prime Minister of India, laid the foundation stone for the complex on 6 October 1989. The final investment clearance was granted on 26 March 1992.

The special feature of the Dahej complex is that it has a fully integrated production of PVC, starting from captive chlorine and ethylene, with power drawn from a captive power plant. IPCL’s entry as a producer of caustic soda, in synergy with fully integrated PVC plant, has proved a competitive advantage in the caustic soda and PVC business.

“The special feature of the Dahej complex is that it has a fully integrated production of PVC.”

Infrastructure development was taken up in tandem with the development of the manufacturing facilities. Exploitation of the waterfront for strategic advantage is a unique proposition for any commodity business that has large volumes to handle.

A captive jetty to handle liquid hydrocarbons, inclusive of those at cryogenic temperatures, was set up and commissioned in the estuary of Narmda at Jageshwar near the Dahej complex. The jetty is about 250m long and the water channel is 7–8m deep. This facilitates the berthing of ships up to 8,000DWT.

The jetty was commissioned on 2 December 1996. The other jetty in the area which is nearly 2.5km long and belongs to Gujarat Chemical Port Terminal Company Ltd (GCPTCL). IPCL is one of the promoters of GCPTCL and owns 32% of equity of the company. The GCPTCL jetty is capable of handling ships up to to 6,000DWT and has a 30,000m³ hazardous chemicals (liquid and gases) storage terminal.

IPCL has also networked its manufacturing facilities at Dahej and Vadodara through three product pipelines. This has provided the opportunity to optimise capacity utilisation at Vadodara and Dahej and source feedstocks and other raw materials at competitive prices from international sources.

The Dahej complex project was implemented in two phases. The total estimated cost of the project was INR35.05bn (approximately $780m).

These plants were all commissioned in the fourth quarter of 1996. The state-of-the-art technology for the PVC plant was licensed by BF Goodrich, which was later parted as Geon Company.

The last set of plants of the second phase; gas cracker and C2/C3 separation unit were commissioned in February 2000 (Vasant Panchmi). Flexibility to expand the cracker to 400,000t/y of ethylene was also built in during the design stage. After the addition of balancing equipment, this can also be raised to 500,000t/y of ethylene.

The Indian Government divested in IPCL by selling a 26% stake to RIL in 2002 for about INR14.91bn ($304.3m). The other corporate bodies which were interested in IPCL were Mitsubishi of Japan and the Indian oil corporation. RIL took over the management control of IPCL and subsequently acquired a 46% stake in the company. In 2007 IPCL was merged with Reliance Industries.

“In 2007 IPCL was merged with Reliance Industries.”

IPCL offered bonds worth $175m in February 1997, for financing the Gandhar project and the expansion to the Nagothane complex. The issue was priced at $13 per global share (GDS), with three underlying shares. All these issues proved popular with investors both within and outside of India.

IPCL is the first corporation in Asia to have pierced the sovereign ceiling in any form of external borrowing. The bond issue considerably improved company’s image in the international market. This enabled the corporation to tap a wide range of US-based investors. The bonds were due for redemption in February 2002. The Government of India’s equity at the end of January 2002 was 59.47%, down from 100% in 1992.