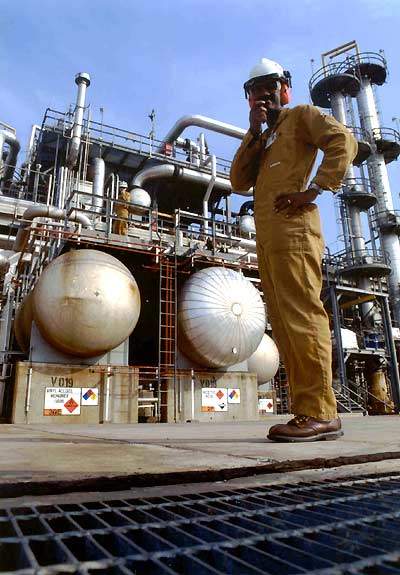 Celanese already has acetic acid production capacity in Singapore. Foster Wheeler, which was involved in developing the production plant, will draw on its experience as it works on the new plant.

In 2003 the German chemicals company Celanese announced the constrcution of a new 600,000t/yr acetic acid plant in Nanjing, eastern China. The company claimed that demand for acetic acid in China was expected to grow at 10% a year.

The plant was built and commissioned at the Nanjing Chemical Industry Park, Nanjing City. The facility came on-stream in mid-2006 and by mid-2007 had been fully commissioned and was running at full production.

Maison Engineering and Contractors along with China Huanqui Contracting and Engineering Corporation were appointed by Celanese as the primary providers of engineering, procurement and construction management for the acetic acid project.

“In September 2007 Celanese opened its integrated chemical complex at the Nanjing Industrial Park.”

Foster Wheeler Eastern was appointed to provide design and procurement services related to selected equipment. Foster Wheeler was able to use experience gained from its involvement in developing Celanese’s acetic acid plant in Singapore.

Celanese purchased the acetic acid reactor from AstroCosmos, located in California, US.

During the second quarter of 2004 Celanese announced that it had signed a 15-year agreement with BOC Group for the supply of gas for the new acetic acid facility. BOC has now constructed plants, pipelines and other infrastructure for the supply of oxygen, carbon monoxide, hydrogen and steam to Celanese and other companies in the Nanjing Chemical Industrial Park. This was completed by mid-2006.

Dragon Crown, the largest methanol and acetic acid distributor in China, was awarded a contract by Celanese to provide storage and distribution services for its acetic acid facility. To meet the contract, Dragon Crown has built the Nanjing terminal. The company currently operates terminals in Ningbo, Tianjin, Dongguan and Xinjinag.

Celanese is the world’s leading producer of acetic acid. The company’s total output, which currently stands at 1.95 million t/yr is said to represent some 25% of global production.

“Demand for acetic acid in China was expected to grow at 10% a year.”

Acetic acid is used in the production of pharmaceuticals, cosmetics, paints and paper coatings.

In September 2007 Celanese opened its integrated chemical complex at the Nanjing Industrial Park. The heart of this is the acetic acid plant, which can be upgraded to produce 1,200,000t per year if the market demands it.

The additional plant at the complex includes a pressure reactor to make vinyl acetate ethylene emulsions and also reactors to produce polymers and co-polymers of vinyl acetate, acetic anhydride and acrylic emulsions. The combination of all of these products is important in the production of adhesives, low odour paint, polythene and glass fibre.