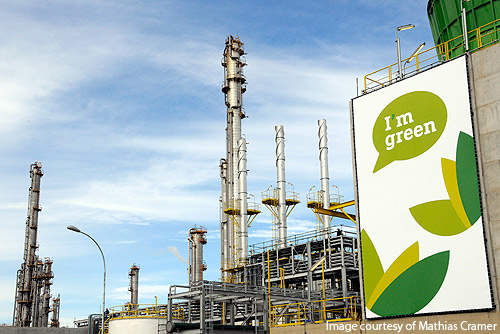 Braskem's Triunfo plant is the first of its kind to use sugarcane for ethylene production on an industrial scale. 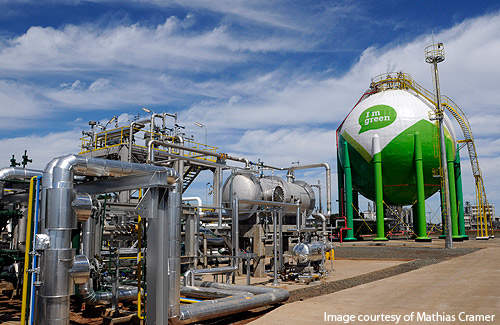 The Braskem ethanol-to-ethylene plant project is estimated to have cost R&#36;500m. 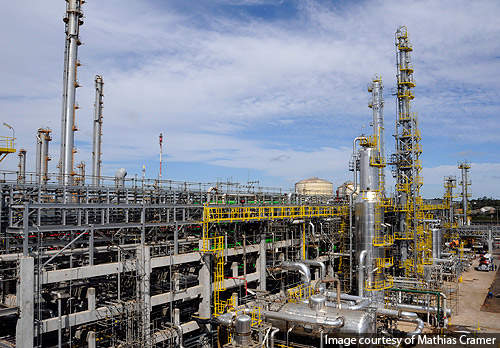 The ethylene production plant will use 462 million litres of ethanol a year. 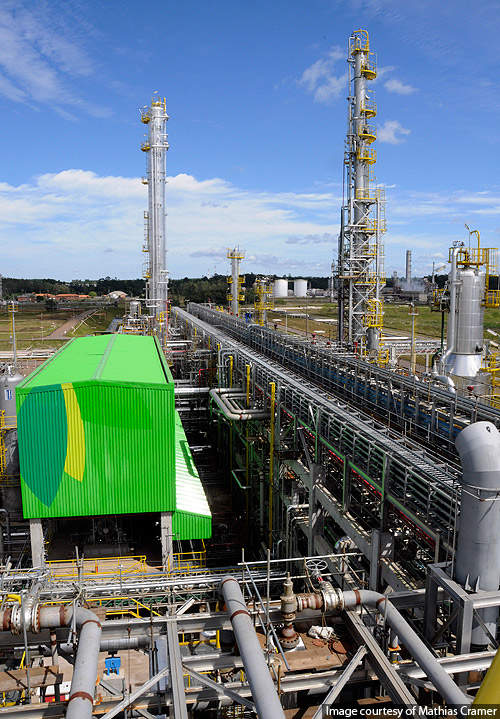 The polymerisation of ethylene is done at the existing industrial units at the complex.

Brazilian petrochemical company Braskem inaugurated a new ethylene plant in Triunfo Petrochemical Complex in Triunfo municipality, in the Rio Grande do Sul state of Brazil in September 2010. The plant uses ethanol produced from sugarcane as the feedstock. It is the first large-scale ethylene project to use 100% renewable raw materials.

With the capacity to produce 200,000t/y, it is also the first commercial-scale green ethylene plant in the world. The produced ethylene will be converted into equivalent polyethylene (PE) resin or green plastic.

Braskem has invested approximately R$500m ($278m) on the plant. It was a collaborative project between Braskem, Triunfo City Hall and the National Service of Industrial Apprenticeship (SENAI) in the Rio Grande do Sul.

Braskem has partnered with several domestic and international companies to market the green polyethylene. The clients include Acinplas, Toyota Tsusho, Procter & Gamble, Shiseido, Tetra Pak, Petropack, Johnson & Johnson and Natura. About 80% of the Triunfo plant’s potential production was sold even before its construction.

“Braskem is planning to build another green ethylene plant to tap into this huge demand.”

The green ethylene plant is built adjacent to the Basic Petrochemical Unit Plant 2 at the petrochemical complex. The new plant uses the existing polymerisation plants in Triunfo – PE-5 at the complex.

The equipment installed in the bioethylene plant was entirely developed by Braskem.

Critical equipment, including the cold train compressor and carrier gas compressor, was reserved at the site beforehand for speedy project completion.

Earthworks began in February and construction commenced in April 2009. The construction was completed under budget in August 2010, two months ahead of the planned schedule. About 2,200 workers were hired for the construction.

The plant was commissioned in September 2010 and the ethylene specification was achieved after 12 hours of start-up. Production of green polyethylene was started after one week.

The proprietary technology for converting ethanol into ethylene was developed at the Braskem Technology and Innovation Center, São Paulo in 2007. The ethylene is converted into butylene and then polymerised to produce propylene resins through metathesis process.

“Ethylene specification was achieved after 12 hours of the Braskem start-up.”

Braskem claims that the process uses the most sustainable technology available for ethylene production.

The polyethylene or green plastics production indirectly contributes to environmental conservation as the sugarcane photosynthesis process utilises carbon dioxide (CO2) present in the atmosphere. Therefore 1t of green plastic produced is equivalent to reducing the atmospheric CO2 by 2.5t.

The final polyethylene product can be processed using the existing machinery and equipment.

The plant will consume about 462 million litres of ethanol annually to produce the resin. The ethanol is initially being sourced from major Brazilian producers in the Minas Gerais, Paraná and São Paulo states.

The total ethanol consumption at the Triunfo complex is 570 million litres. It is transported by water and rail, and a small portion by road. The state government is taking the necessary steps to produce sufficient ethanol feedstock entirely in the state of Rio Grande do Sul.

Construtora Norberto Odebrecht was responsible for the construction and assembly of the plant. Genpro was the engineering consultant. Braskem was the project manager, conceptual project designer and technology supplier. The international supply was handled by OPI.

Green plastic has identical properties and application characteristics to a hydrocarbon-derived plastic. It is used in home appliances, blown packaging for food, injected packaging for household products, personal care and cleaning products and toys. It is also expected to be more competitive than other resins made from renewable sources.

The demand for green PE is growing rapidly in the US, Europe and Japan as an increasing number of companies are attempting to associate their brands with the sustainability concept. Braskem is also planning to build another green ethylene plant to tap into this huge demand.