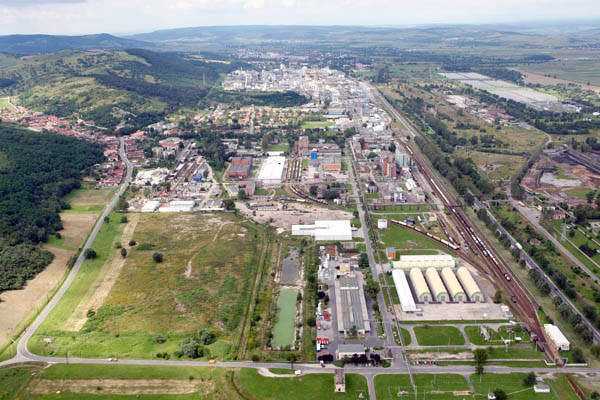 The new plant makes BorsodChem the largest producer of TDI in Europe. 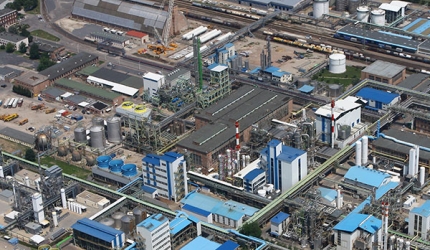 BorsodChem’s toluene diisocyanate (TDI) plant is located in Kazincbarcika in the north eastern part of Hungary. It was built with an investment of €200m ($283m), and officially inaugurated in October 2011.

The plant has an annual capacity of 160,000t which can be increased to 200,000t depending on demand. With the opening of the Kazincbarcika plant, BorsodChem has become Europe’s largest manufacturer of TDI.

TDI is mainly used in the production of flexible polyurethane foams. These foams are used in the manufacture of upholstery, mattresses and vehicle seats. Other products made of TDI include polyurethane elastomers and coatings.

The new plant, also known as TDI-2, is the second TDI plant at the site. The first plant, TDI-1, has a capacity of 90,000t. The TDI-2 plant operates with better efficiency than the TDI-1. It has increased the total capacity of the Kazincbarcika site to 250,000t.

The region is currently being affected by a drop in demand for raw material in key industries. This situation is expected to affect the margins in TDI in the future. BorsodChem is planning to idle the TDI-1 plant for some time in response to this situation.

"BorsodChem’s toluene diisocyanate (TDI) plant is located in Kazincbarcika in the north eastern part of Hungary."

Construction of the new plant is part of BorsodChem’s focus on growing its business and improving the quality of its products. BorsodChem is carrying out a debottlenecking operation at its methylene diphenyl diisocyanate (MDI) plant at the Kazincbarcika site. MDI is used in the manufacture of polyurethanes. The operation will increase the capacity of the MDI plant from 150,000t to 240,000t.

"With the opening of the Kazincbarcika plant, BorsodChem has become Europe’s largest manufacturer of TDI."

The deal also included an option to purchase the remaining shares in BorsodChem. Wanhua exercised the option in February 2011 and became the majority owner of BorsodChem with 96% of the shares. The acquisition made Wanhua the third biggest isocyanates manufacturer in the world and placed BorsodChem in the league of Bayer and BASF.

Wanhua is expected to make further investments at the Kazincbarcika site to become the largest isocyanates supplier in Europe.

German-based polymer and plastics producer Bayer MaterialScience is planning to construct a new toluene diisocyanate (TDI) plant at its Chempark site in Dormagen, Germany. The company will invest about €150m in the facility, which will have a TDI production capacity of 300,000t a year.

TDI-2 uses BorsodChem’s patented technology for production of TDI. The first step in the production is nitration of toluene using nitric acid to produce dinitrotoluene (DNT). The next step is catalytic hydrogenation of DNT to produce toluene diamine (TDA).

TDA is dissolved in an inert solvent and treated with phosgene to create a crude TDI solution. This solution is fractionated to remove any traces of phosgene, solvent and hydrogen chloride. It is then distilled under vacuum to produce TDI.

In September 2011, BorsodChem signed a partnership agreement with Donau Chemie to set up a chemical plant at the Kazincbarcika site. The €6m ($8.5m) plant will utilise the excess hydrochloric acid generated at the TDI-2 plant.

Donau Chemie will utilise majority of the hydrochloric acid generated at the site to produce chemicals used in water management. BorsodChem, however, will continue to sell about 30,000t to 40,000t of hydrochloric acid annually to the CEE market.

The chemical plant is expected to be operational in 2013.

Meda Star was responsible for mechanical engineering, ironwork and other works at the plant.