US Department of Energy (DOE)
Expand 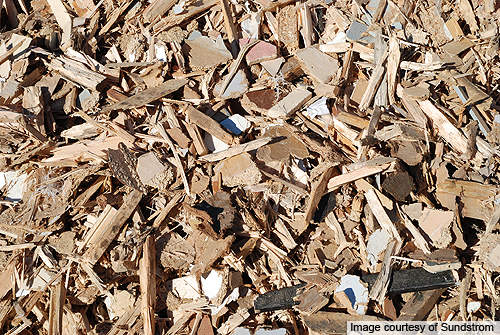 Feedstock ingredients for the plant will include forest residual chips, dry agricultural and urban wastes. 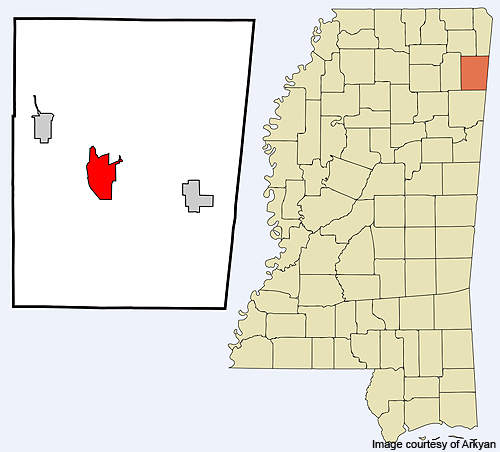 The BlueFire Renewables cellulosic ethanol production plant is being built in Fulton, Mississippi. 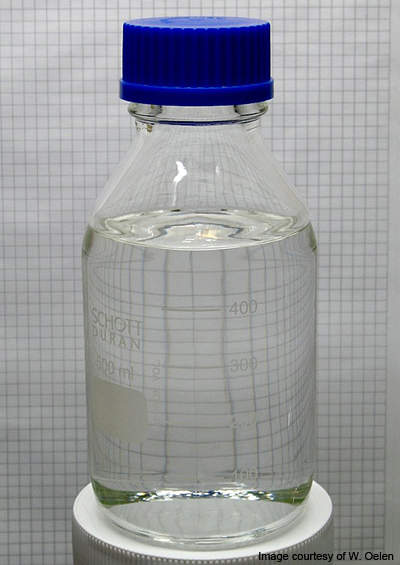 The plant will use sulphuric acid to convert cellulosic feedstock into ethanol fuel.

The plant, which will use wood and green waste as feedstock, will produce about 19 million gallons of ethanol a year.

The 40-acre industrial park site where the plant will be built has been leased by the company from Itawamba County. Much of the supporting infrastructure needed for the plant operations already exists at the site.

The presence of an interstate highway, rail infrastructure and barge facilities ease the transport of raw materials and finished products.

The Fulton bioethanol project is estimated to cost $300m and employ about 80 workers.

It will be the second commercial scale biorefinery of the company in the US, the first being a 3.9 million gallons a year plant in Lancaster, California.

Construction of the cellulosic ethanol production plant in Mississippi

The US Department of Energy (DOE) approved the Fulton project in June 2010. In November 2010, BlueFire Renewables received all the permits from the US Army Corps of Engineers and the Mississippi Department of Environmental Quality (MDEQ) for construction.

The site preparation works for the project were completed in June 2011. This phase generated about 52 local jobs. Construction of the Fulton ethanol fuel facility is expected to be completed by July 2013.

At peak construction, about 700 people are expected to be working at the site.

In September 2010, BlueFire Renewables signed an agreement with Cooper Marine and Timberlands (CMT) for supplying the feedstock to the Fulton ethanol plant for 15 years. CMT will supply non-food and sustainable biomass from local sources.

The plant will require about 700t of cellulosic feedstock and about 25t of sulphuric acid a day.

Unlike the conventional enzyme fermentation process, BlueFire Renewables will use Arkenol’s concentrated acid hydrolysis technology for converting cellulosic wastes into ethanol fuel and other chemical products.

BlueFire is the only licensee company of the patented process in North America.

The Arkenol concentrated acid hydrolysis process was developed after several years of research, which started in 1989.

The technology is considered to be versatile, producing various end-products from a wide range of feedstock.

The efficacy of the technology has been tested at pilot plants in Japan and the US since 2003.

The concentrated acid hydrolysis process involves preparation of feedstock, decrystallisation and hydrolysis reaction, filtration of solids and liquids, sugars and acid separation, fermentation of sugars and purification of ethanol.

"BlueFire Renewables received a $40m grant from the Department of Energy (DOE) towards construction of the Fulton biorefinery."

The biomass containing hemicellulose, cellulose and lignin is cleaned and torn into pieces for processing. The pretreated material is then decrystallised and hydrolysed using sulphuric acid.

It produces high concentrations of pentose and hexose sugars suitable for fermentation. The acid and sugars are separated from the acid-sugar solution through ion exchange resins and chromatographic separation.

The acid is re-concentrated and recirculated. Lime is added to remove the small quantities of acid in sugars, which forms hydrated gypsum, an agricultural soil conditioner. Lignin is separated by filtration and used as fuel in boilers.

The pure C6 and C5 sugars then undergo fermentation in tanks added with proprietary yeasts and nutrients. Yeast from the fermentation beer is reused and the carbon dioxide is processed.

Distillation of the clear beer produces ethanol, which when added with unleaded gasoline produces the final fuel-grade ethanol.

The process is economically viable due to efficient recovery of the acid, fermentation of C5 and C6 sugars with conventional microbes and production of by-products having market value.

In 2007, BlueFire Renewables received a $40m grant from the Department of Energy (DOE) towards the construction of the Fulton biorefinery. By December 2009 the DOE increased the funding to $88m under the American recovery and reinvestment act.

The company is currently sourcing additional funds in the form of loan guarantees from POET, Fulcrum and BP Biofuels. The US Department of Agriculture (USDA) is also expected to provide a $125m loan guarantee.

In November 2011, BlueFire Renewables signed a Memorandum of Understanding (MOU) with China-based Huadian Engineering. Under the terms of the MOU, Huadian will finance the construction of the Fulton plant and another five facilities in the US.

Huadian will also acquire an interest in BlueFire Renewables and explore the formation of a joint venture to set up similar plants in China.

Century Construction was the contractor for the site preparation works. The civil works were completed under a joint contract by the city of Fulton and Itawamba County.

Production from the Mississippi ethanol facility will be totally procured by Tenaska BioFuels under a 15 year off-take agreement signed with BlueFire in September 2010.

In October 2010, BlueFire Renewables selected Wanzek Construction, a subsidiary of MasTec, for the engineering, procurement and construction (EPC) of the ethanol plant.

The value of the lump sum, fixed price contract was $296m. The contractual scope also includes the construction of a biomass power plant with an estimated cost of $100m.