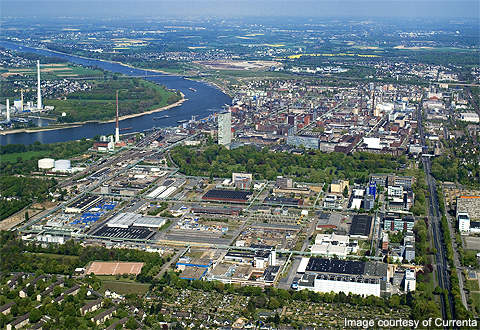 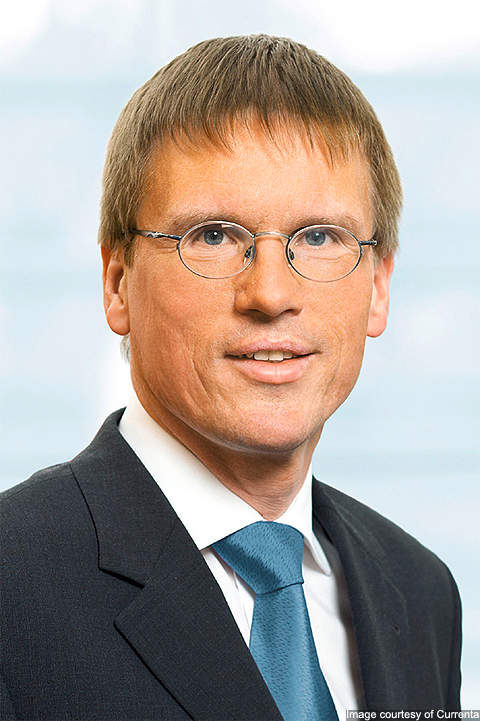 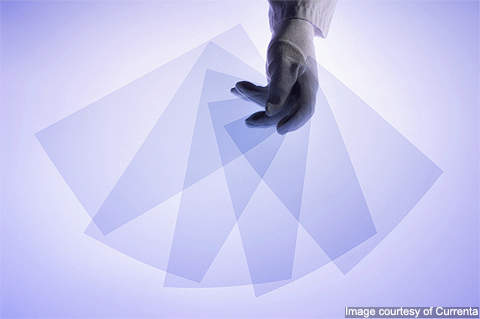 The polymer, Clevios, is used to produce conductive, transparent films that enable the manufacture of defect-free flatscreen televisions. 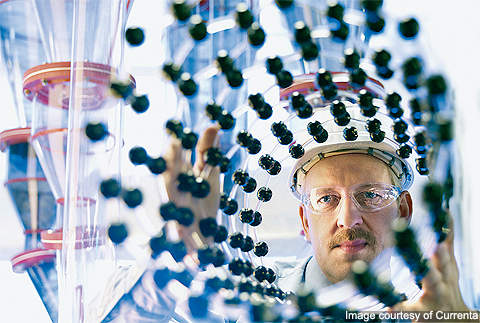 Bayer nano researcher Dr. Martin Schmid with a model of the carbon nanotubes. 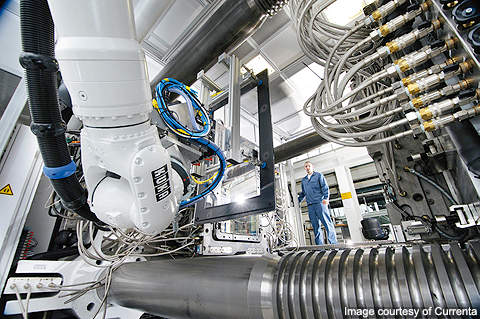 Chempark is a chemical park located in the North Rhine-Westphalia region of Germany. Established in 1877, the 13.3km² site is the largest chemical park in Germany with around 1,800 buildings, 102km of site roads, 640km of canal networks, 85 pipeline connections, 102km of rail tracks and nearly 3.5km of wharfage.

The site employs over 50,000 people in more than 70 manufacturing and service companies. Also known as the Bayer Chemical Park, the Chempark is operated by Currenta, a joint venture between Bayer AG and Lanxess AG. Currenta was known as Bayer Industry Services until 2007.

Chempark serves as a research and production hub for companies in the chemical and associated industries.

Besides three subgroups of Bayer and Lanxess, companies at Chempark include Adolf Würth GmbH & Co. KG, Deutsche Bank, Evonik Industries and WEBER, among others.

Chempark is divided into three sites at Leverkusen, Dormagen and Krefeld-Uerdingen.

“Established in 1877, Chempark is the largest chemical park in Germany.”

The Dormagen site is the largest Chempark site with a surface area of 570ha. Bordering the Rhine in the east and the A57 freeway in the west, the site has 60 research, development and production plants. It accommodates administration, logistics, innovation, production, production and commercial activities, and logistics and commercial activities units. There is also a large research and development centre for polyurethane. The site has 0.95ha to 6ha of vacant space and employs 9,700 people in total.

The Krefeld-Uerdingen site of Chempark, established in 1877, is a leading centre for polycarbonates and polyamides. Occupying 260ha, the site provides space for different units of production, administration, production and commercial activities, and logistics and commercial activities. Approximately 7,000 people are employed at the site, which has 40 research, development and production plants, and between 0.5 and 20ha of available space.

All of Chempark’s production facilities are equipped with electricity, steam, compressed air, refrigeration, water and different gases. A 1,300km-long network of utility pipelines and a network of product pipelines that extend 800km in length run across the Leverkusen, Dormagen and Krefeld-Uerdingen sites of Chempark. Through these utility networks, electricity and steam are supplied directly to all the production facilities.

CHEMPARK produces up to one-third of North Rhine-Westphalia’s chemical production. A broad range of 10,000 basic materials and products are developed for additional processing and value addition. Emphasis is more on organic and inorganic basic chemicals, petrochemical basic materials and polymers.

“Chempark serves as a research and production hub for companies in the chemical and associated industries.”

The Krefeld-Uerdingen site is the largest manufacturing site for inorganic pigments in the world. The site develops polyurethanes, polyamides, Durethan®, adipic acid and coatings, white and coloured pigments, and intermediate products for pesticides odorants and flavourings. It is best-known for the production of polycarbonate Makrolon®.

A range of analytics services that support research, development and production are also provided at Chempark. State-of-the-art structural analysis projects, standardised testing and approval methods are offered based on techniques including chromatography, elemental analysis and surface analysis.