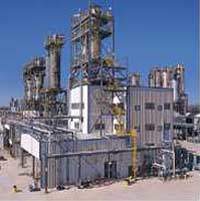 The new project is a grassroots polypropylene plant, integrated with other facilities in which ExxonMobil has an interest. The plant is in Baton Rouge, which is the capital of Louisiana, USA. The plant’s location puts it in a petrochemical cluster in which ExxonMobil is already present, where it can get supplies of feedstock as well as being at the centre of a communications node.

The polypropylene plant was ordered in the second half of 1998, with construction beginning in that year. The new facility had its start up in June 2000, and was constructed at a total cost of $150 million. The new plant has a polypropylene capacity of 272,000t/yr. Output will be Escorene homopolymer and some copolymer. Propylene polymers based on metallocene technology will also be produced at the unit.

Metallocene technology was a major part of the merged firm’s inheritance from Exxon Chemical, which invested heavily in its metallocene processes and capacity. The process technology is now owned by Univation Technologies (which was originally formed as a joint venture between Exxon and Union Carbide although these have now been taken over by other competitors). The general contractor responsible for the Baton Rouge plant’s engineering, procurement and contracting (EPC) is MW Kellogg. MW Kellogg also won the EPC contract for ExxonMobil’s polypropylene plant in Baytown.

The process for the new line is based on a combination of Spheripol, Hypol and ExxonMobil Chemical technologies and has been successfully used in existing polypropylene lines at Baytown, Texas. Spheripol is a Montell licensed technology and Hypol is a Mitsui licensed technology. Similar technology is planned for use at the Singapore Chemical Complex.

The Baton Rouge polypropylene unit will be fully integrated with the company’s high-density polyethylene (HDPE) lines at the facility, which are scheduled for further expansion. In 1999 the HDPE facility increased capacity by 95,000t/yr to 726,000t/yr, but there are future plans for a further 105,000t/yr expansion.

Polypropylene capacity at Baton Rouge will aim to supply the textile, film and automotive markets. The US plant will also be used to supply Far Eastern markets, prior to another ExxonMobil polypropylene complex opening in Singapore. The Singapore site has had a short period of pre-marketing.

Expansion, together with the company’s existing capacity, brought ExxonMobil Chemical’s total annual global polypropylene capacity to 1.7 million tonnes per year at the end of 2000. The Baton Rouge expansion is one of several in the USA in the past two years, following another polypropylene unit that ExxonMobil itself launched in Baytown in 1998. This is likely to create a temporary mismatch between supply and demand, although this is not likely to affect the long-term strong growth in demand for the chemical. Profitability may be temporarily squeezed between this mismatch and rising propylene prices, but this is only likely to be short term. In any case, ExxonMobil’s Baton Rouge facility may be relatively insulated from rising propylene prices, as a result of its arrangement with the nearby propylene joint venture.

The more likely candidates for closure are the older, less cost-effective plants in the American market. Indeed, in the first half of 1999, Huntsman decided to close its polypropylene plant at Woodbury in New Jersey.