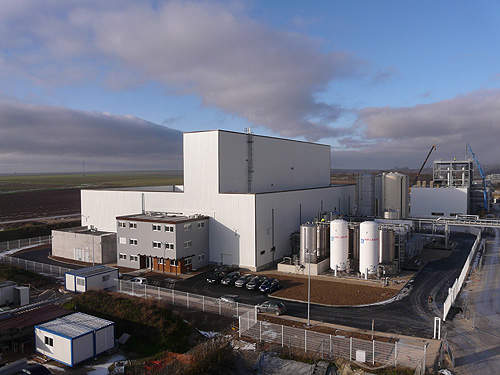 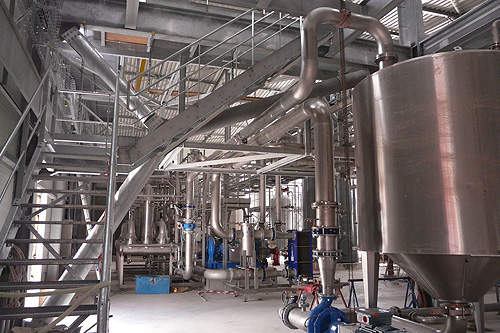 The plant was commissioned in January 2010. 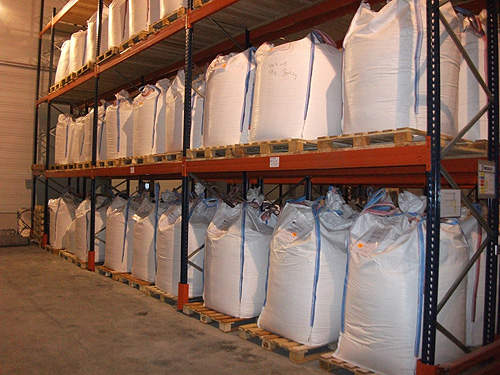 Agro-industrie Recherches et Développements (ARD) operates a bio-based succinic acid plant located in Pomacle, France. It is the world’s first large scale plant to produce renewable succinic acid. Built at a cost of €21m, the plant has a nameplate capacity of 2,000t a year and current capacity of approximately 3,000t a year.

The bio-based succinic acid technology used at the plant was jointly developed by DNP Green Technology and ARD. The two companies formed a joint venture called BioAmber in late 2007 to commercialise the technology.

In October 2010, DNP acquired 100% of the joint venture from ARD and changed its corporate name to BioAmber Inc. As plant owner, ARD became a toll manufacturer to BioAmber. The plant is under exclusive licence to BioAmber.

Construction of the plant commenced in December 2008 and was completed in November 2009. After two months of start-up tests, the plant was commissioned in January 2010. With the commissioning of the plant, BioAmber became the first company to market bio-based succinic acid.

The plant is situated within the Pomacle-Bazancourt bio-refinery. It is one of the largest bio-refineries in Europe and includes the Cristal Union sugar production plant, the Chamtor wheat-processing plant, the Cristanol ethanol plant and a co-generation plant. BioAmber sources bio-based carbon dioxide from the ethanol plant and glucose from the Chamtor wheat wet mill.

Bio-based succinic acid is produced using BioAmber’s proprietary fermentation process, which includes an exclusive licence to an E. coli bacterium, funded by the US Department of Energy’s alternative feedstock programme.

The plant has demonstrated that BioAmber’s succinic acid technology produces cheaper and higher-purity succinic acid than the fossil-fuel route. The technology also has a lower carbon footprint as it uses carbon dioxide.

BioAmber’s technology can use a range of renewable feedstock, including glucose, ligno-cellulosic sugars (mixed C5 and C6) and glycerin.

The plant was financed and built by ARD as part of its contribution to the joint venture. DNP contributed its succinic acid intellectual property portfolio and know-how. The joint venture was granted five years of exclusive access to the plant in order to scale up the process, make improvements and build a customer base.

BioAmber has access to the plant until the end of 2014, by which time a 20,000t/year production facility will have been commissioned in North America with lower cost feedstock, raw materials and utilities, offering better economies of scale.

BioAmber is commercialising bio-based succinic acid and has forged a number of partnerships. In January 2010, it acquired a controlling stake in Sinoven Biopolymers, a company with a proprietary technology that can modify polybutylene succinate to give it a higher heat distortion temperature and better processability (injection and extrusion).

BioAmber has also partnered with Mitsui to access the Asian market. Mitsui is the firm’s exclusive distributor and commercial partner in Asia.

“BioAmber has partnered with Mitsui to access the Asian market.”

BioAmber has also licensed a technology from DuPont to make 1,4-butanediol and tetrahydrofuran from succinic acid, which it is currently scaling up. It has also partnered with Cargill for a next-generation yeast that can replace the E. coli in the next few years. The yeast will reduce the cost of goods, simplify the production process and lower the CAPEX for future plants.

Detailed engineering and construction of the plant was overseen by SNC Lavalin, a subsidiary of ABSE.