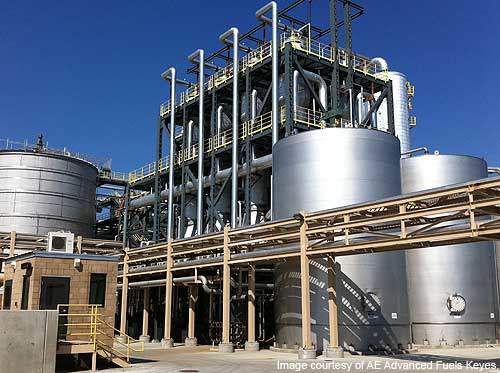 The AE Biofules ethanol plant restarted production in May 2011. 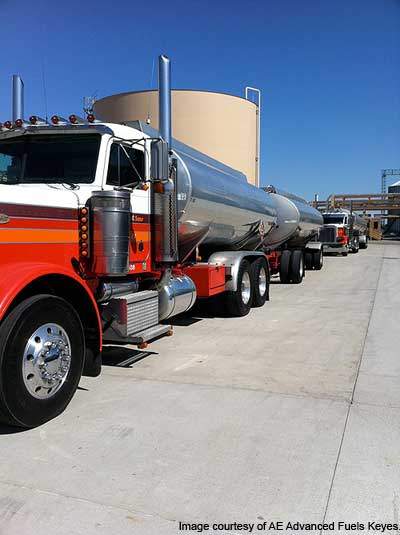 The Keyes plant will produce 55 million gallon of bioethanol per year. 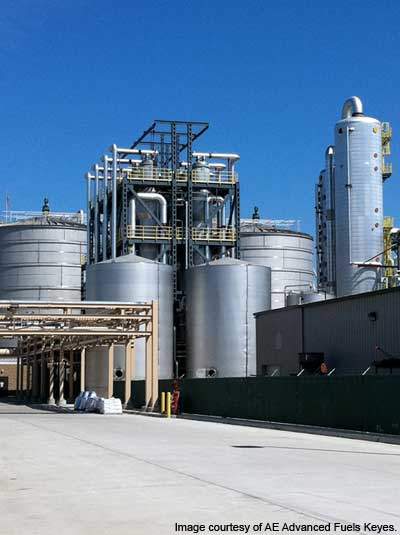 The Cilion ethanol plant was built with an investment of &#36;130m. 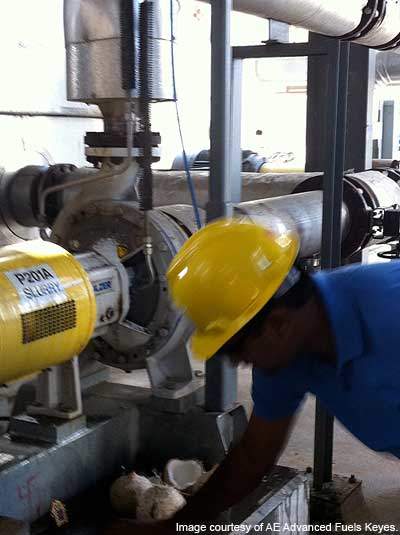 A traditional Indian ceremony being performed during the re-commissioning of the Keyes ethanol plant.

In May 2011 AE Biofules restarted operations of an ethanol plant in Keyes, California in US.

The facility was completed and commissioned in November 2008.

It was closed in early 2009 due to rise in corn prices, decrease in market demand and other technical problems.

The plant has an annual production capacity of 55 million gallons of ethanol and produces wet distillers grains (WDG) too. The renewable and octane-boosting fuel additive reduces the emission of toxic gases from gasoline engines.

First shipment of ethanol and WDG from the plant was made to the customers in California on 12 May 2011.

AE Biofuels has hired 50 employees for the plant operations.

The ethanol plant was established by Cilion, a joint venture company formed by Western Milling and Khosla Ventures. In March 2010 AE Advanced Fuels Keyes (AE Keyes), a wholly-owned subsidiary of AE Biofuels, leased the facility to operate it for five years under a project management agreement with Cilion.

In April 2011, AE Advanced Fuels Keyes received a $1.88m grant from the California Energy Commission (CEC) towards the commercialisation of the AE Biofuels technology and plant start-up. The CEC grant is in line with the State of California’s goals to achieve a Low Carbon Fuel Standard (LCFS).

“The Cilion ethanol plant was built at a total cost of $130m.”

The ethanol plant is designed with environmental friendly features. It has an energy balance of 2.6:1 and almost zero water discharge. The facility also has its own natural gas and steam powered turbine cogeneration power unit. The 4.3MW unit generates all the electricity needs for the ethanol production process. Other infrastructure includes distillation, feedstock management and ethanol distribution facilities.

Construction of the Cilion plant on the south of Modesto was started in early 2007. It was scheduled for completion in spring 2009. The construction was, however, put on hold in April 2007 due to issues raised about environmental pollution. The key concerns included wastewater disposal, usage of groundwater, air quality and traffic impacts. The company had to carry out a full environmental investigation to continue the construction. The project received approval from the Kern County Board of Supervisors in March 2008.

AE Keyes has built a cellulose/starch pre-development facility at the ethanol plant. It is an integral part of the existing overall infrastructure for biofuel production.

The pre-development plant allows usage of multiple feedstock such as non-edible, agricultural wastes and cellulosic feedstock. They include several small grain straw, switch grass and grass seed straw grown within a 100 mile radius from the plant.

“The ATCSH technology integrates both starch and cellulosic based ethanol plants.”

In August 2008, AE Biofules opened an integrated cellulose or starch demonstration facility in Butte, Montana. The pilot plant was used to conduct research on the company’s enzyme optimisation technology and test the cellulosic ethanol. The 9,000ft² plant was one of the first of its kind demonstration facilities in the US. It uses both starch and cellulosic based feedstocks. The technology is yet to receive patent, but will be commercialised through the Keyes facility. It is also considered to increase efficiency and lower the capital costs.

The existing corn plants can be upgraded with the AE Biofuels’ technology to use different varieties of feedstock. Its integration in sugarcane ethanol is claimed to convert bagasse into fuel.

The ATCSH technology integrates both starch and cellulosic based ethanol plants. The technology allows the ethanol plant to replace about 25% of the corn with non-edible agricultural waste feedstock. The process involves pre-treatment, delignification, ATSH fermentation and distillation.

The initial cooking and cooling processes found in the traditional starch to ethanol plants are eliminated in the ATCSH process. It reduces the energy and water consumption and optimises the process conditions. As a result it will reduce the emission of green house gases (GHG) too.

The company will also use the ATCSH technology with integration process for commercialisation of biofuels using variable feedstock. The technology is therefore considered to reduce the dependence on food crops for ethanol production.

Ethanol from the plant is marketed by Kinergy Marketing, a subsidiary of Pacific Ethanol. A.L. Gilbert sells the wet distillers grains (WDG) as animal feed to the nearby areas of the plant location under agreement with AE Keyes.