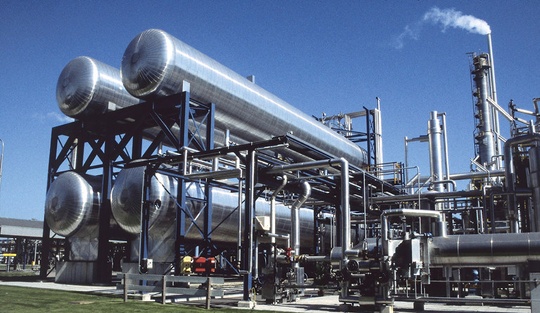 Yara International has signed a deal to sell its European CO2 business to Praxair for €218m.

The transaction also includes Yara’s remaining 34% stake in the Yara Praxair Holding industrial gas joint-venture in Scandinavia for around €94m.

Under the deal, Yara will supply Praxair with raw CO2 gas and continue to operate three CO2 liquefaction units that are located within its fertiliser plants.

"This business will be a positive addition to our portfolio by enhancing our presence in non-cyclical segments such as food and beverages."

Yara president and CEO Svein Tore Holsether said: "The CO2 business has been an attractive and long-standing part of Yara’s portfolio, but remains a relatively small part of the broader industrial gas industry, and where Praxair is well positioned to create additional value."

Formed in 2007, Yara Praxair Holding recorded sales of €145m with earnings before interest, tax, depreciation and amortisation (EBITDA) of €35m in 2014.

Subject to regulatory approvals and other customary closing conditions, the transaction is expected to be completed in the first quarter of 2016.

Yara expects the deal to offer a provisionally estimated post-tax gain of €150m.

Praxair chairman and CEO Steve Angel said: "Praxair is committed to growth, and this proposed acquisition aligns with our core business strategy of building density in targeted geographies where we can achieve synergies.

"Additionally, this business will be a positive addition to our portfolio by enhancing our presence in non-cyclical segments such as food and beverages."

Earlier this year, Praxair signed a 20-year agreement to supply 170 million standard cubic feet per day of hydrogen and 2,000t per day of nitrogen to Yara’s ammonia joint-venture with BASF in Freeport, Texas, US.