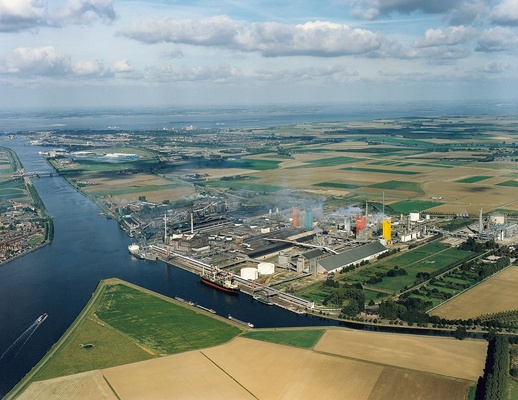 Yara International has unveiled plans to increase granulation capacity at its manufacturing facility in Sluiskil, the Netherlands, with an investment of $263m.

The new urea granulator will strengthen the company’s capabilities to produce granular urea with sulphur, and nitrates.

The facility will adapt Yara-developed technology to produce 660,000t of urea with sulphur a year.

As part of the expansion, the company will replace the existing prilling unit at the complex that produces 400,000t of urea a year.

Yara International president and CEO Torgeir Kvidal said: "In Europe and gradually also in other regions of the world, agricultural soils are lacking sulphur, which is an essential plant nutrient.

"With this investment we are able to serve a growing demand, helping farmers improve both yield and crop quality, while contributing to improved nitrogen efficiency."

"This contract consolidates a fruitful long-term industrial cooperation with such a prominent global player."

Work on the expansion is expected to commence later this year, with plans to for completion in the second half of 2017.

Yara has awarded a €125m contract to Maire Tecnimont to provide engineering, procurement and construction (EPC) services for the project.

Maire Tecnimont CEO Pierroberto Folgiero said: "This contract consolidates a fruitful long-term industrial cooperation with such a prominent global player, developed through decades of technology supply carried out by our subsidiary Stamicarbon.

"Moreover, this project adds another prestigious reference to our fertiliser business experience as an EPC contractor, and offers sound evidence of the group’s leadership in the fertiliser sector, one of the strategic pillars of our core business."