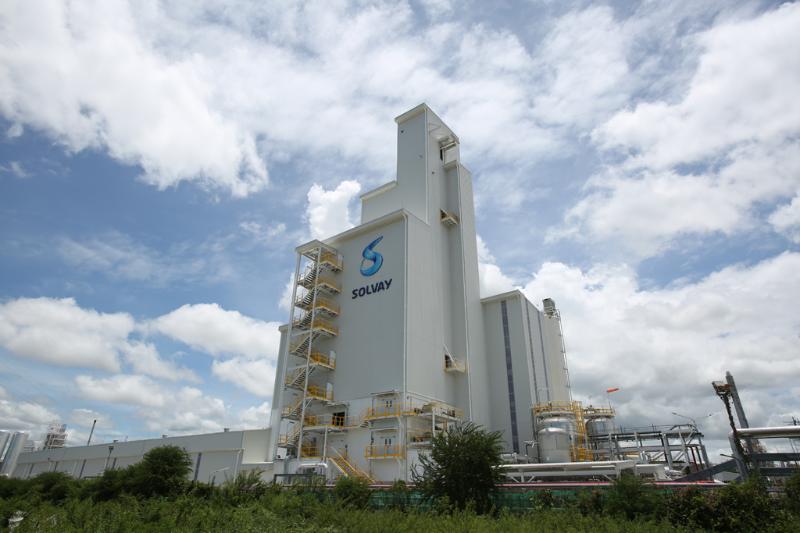 Belgian chemical firm Solvay has commenced operations at its sodium bicarbonate in Thailand.

Said to be the largest-of-its-kind in south-east Asia, the facility is located on Solvay’s existing site in Map Ta Phut Industrial Estate, Rayong province.

Built with an investment of €20m, the plant is designed to produce 100,000t of the chemical compound, and will serve the healthcare, food and other consumer markets in Asia.

The project is backed by the Board of Investment in Thailand.

"Our unique global industrial network of nine sodium bicarbonate plants takes us even closer to our global and local customers."

"Our unique global industrial network of nine sodium bicarbonate plants takes us even closer to our global and local customers.

"In addition, we are bringing them high-quality products and services and best certification standards, along with a reinforced security of supply."

Solvay announced plans for the project in September 2013 to strengthen supply of its BICAR products to the healthcare and food industries.

Earlier this year, the company inaugurated a large-scale alkoxylation plant in Singapore to strengthen its presence in specialty surfactants in the region.

In July, Solvay unveiled plans to end production of sodium percarbonate in Rosignano, Italy due to a drop in demand for powder detergent in Western Europe.