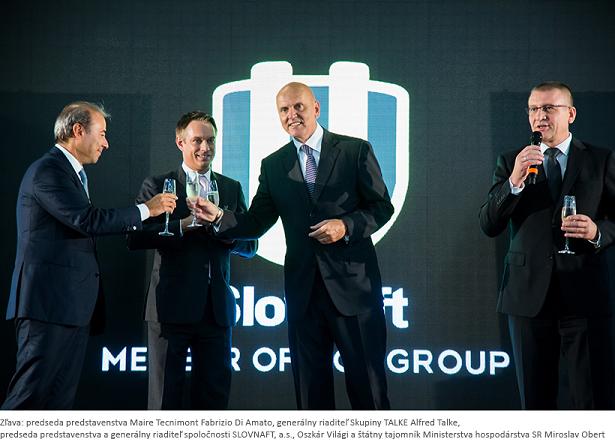 The LDPE4 plant is part of a more than €300m project, which included renovation of steam cracker technolgy, and the addition of logistics infrastructure.

Designed to replace Slovnaft’s previous operations in polyethylene production, the new production line will produce new types of polyethylene with minimal emissions, and will increase the company’s LDPE capacity to 220,000t.

The company exports polyethylene to the Czech Republic, Poland, Hungary, and Austria, as well as to European markets, including Germany, France and Italy.

"This new production unit improves our competitiveness and offers the chance to further expand to new markets."

"It also means long-term stability for the region in which we operate, for our employees and also for hundreds of our suppliers and clients."

Start-up and guarantee tests will be performed until the end of November, with plans to commence commercial production in early 2016.

Image: Slovnaft and Maire Tecnimont officials at the opening of the new production facility. Photo: courtesy of Slovnaft.