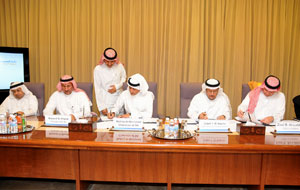 Saudi Butanol (SaBuCo) is preparing to start trial operations at butanol plant in Jubail, Saudi Arabia, in the third quarter of this year.

Tasnee said in a statement that construction of the project is underway, with plans to begin trial operations in mid this year.

Planned to be carried out for around six months, the trial operations will test equipment, plant operations and production efficiency through technical licensing and contracts.

The complex is expected to produce 330,000t of n-butanol and 11,000t of iso-butanol a year, which is a type of alcohol used to produce other chemicals.

Located at Tasnee’s petrochemical complex Jubail Industrial City, the butanol plant will serve paints and coatings industry in Saudi Arabia, and is said to be first ever butanol plant in the Middle East.

Announced in 2012, the project was estimated to cost around SAR2bn ($533.2m), and support the region with 200 direct and indirect jobs.

"Potential investors can build on the normal-butanol and its derivates produced by the new joint venture partners, and introduce a wide range of coating products for the local, regional and global markets."

The three partners in the JV will have equal stake in production quantities for downstream use or for sales in local and overseas markets.