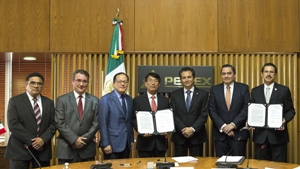 Under the deal, Samsung Engineering will expand the capacity of the plant by 53,000 barrels of ultra-low sulfur diesel (ULSD). The upgrade is expected to be completed by the end of 2018.

Samsung Engineering will also build a new plant in Salamanca, located northwest of Mexico City. With the completion of the project by the end of 2018, the new plant will be able to produce 38,000 barrels of ULSD.

The company will also be responsible for a Sour Water Stripper (SWS) unit with a capacity of 5,000 bpsd as well revamping three existing HDS units.

Pemex has awarded the second phase project the completion of the first phase of the project. The contract for the first phase was awarded in 2014. Samsung Engineering president and CEO Choong Heum Park said: "We have successfully delivered several projects for PEMEX in the past.

"This contract award is not only a result from our unmatched project execution capabilities and proven experience in the Mexican market but also from the mutual trust we built with the client over many years.

This is Samsung Engineering’s fourth contract with Pemex. the company has perviously worked on the Tula Refinery, the Minatitlan Refinery and a Naphtha HDS (Hydro Desulfurization) project at the same Salamanca Refinery.

Both the plants will be located in Pengerang, southern Johor, Malaysia, where Petronas is currently developing a refinery and petrochemical integrated development project (RAPID) and other related facilities.