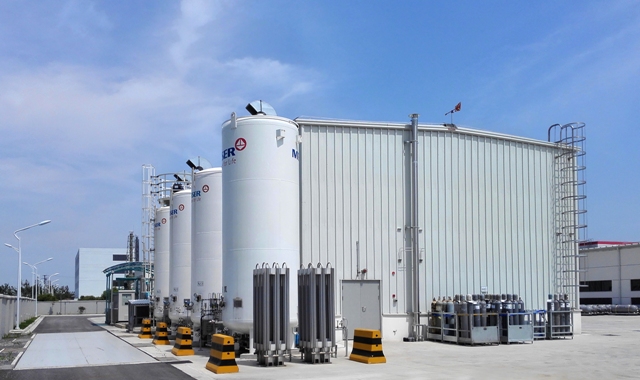 Industrial gases manufacturer Messer has invested €33m in a new plant in the eastern Chinese city of Suzhou, in the Jiangsu province.

The new plant will produce specialty gases for the electronics industry, in particular for the manufacture of flat screens, semiconductors, LEDs, and photovoltaic equipment.

Equipped with production and purification systems, the specialty gases plant will have an additional filling station and serve as a production and logistics centre for the company in China.

The latest investment will allow the company to meet increased customer demand.

"This investment in a new production site underlines our commitment to Messer’s growth strategy."

The plant has a production capacity of 600t of nitrous oxide (N2O) a year, with a purity of 99.99%, along with other high-purity gases such as silane (SiH4), ammonia (NH3), and hydrogen.

"With this decision, we are also taking advantage of our development opportunities and reacting flexibly to the changes in our customers’ demand for gases."

Messer, which has production facilities in 30 countries in Europe and Asia, has been operating a specialty gases plant in Wujiang, near Suzhou, since 1998.

In May, Messer became the largest producer of high-purity krypton and xenon gases in China, with the opening of a new production facility in the central Chinese city of Panzhihua, Sichuan.

The plant brought in an additional annual production capacity of 5,000m² of krypton and 450m² of xenon.