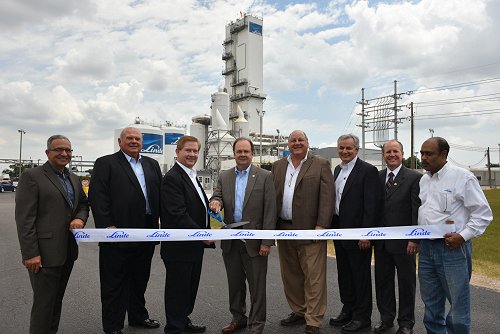 The company has invested $250m for the project, which includes an air superstation unit (ASU), gasification train and ancillary equipment and facilities.

The ASU is designed to produce oxygen, nitrogen and argon for the existing gasification units as well as a new gasifier at the complex.

Linde Americas president Pat Murphy said: "This is the first in a series of investments Linde will be making in Texas.

"It is our intent to leverage this new investment to stimulate further growth by bringing reliable and competitively priced products and services to the region."

The plant ships liquid oxygen and nitrogen by truck, to merchant market in and around the Houston Ship Channel, while the liquid argon is transported by rail to Northern California and the Pacific Northwest markets.

"This is the first in a series of investments Linde will be making in Texas."

The gasifier is designed to convert natural gas into syngas and other products, including carbon monoxide, hydrogen and carbon dioxide that are used to produce methanol, downstream chemicals and transportation fuels.

Linde North America tonnage project execution head Chuck Brooks said: "The ASU facilities will be the largest operated by Linde in the United States, and the gasification enhancements render this the largest gas-based partial oxidation complex in the world to produce syngas products for petrochemicals."

Linde is working on a new ASU in Lewisville, Arkansas, a nitrogen liquefier in Ohio, expansion of ultra-high purity nitrogen and oxygen in Oregon, ASU upgrades in British Columbia, Canada, and Braddock, Pennsylvania and a new specialty gases plant in Indiana.

Image: Linde and La Porte city officials at the opening ceremony of the new gases facility. Photo: courtesy of The Linde Group.