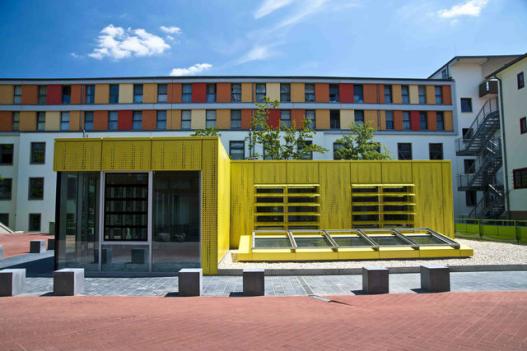 BASF has partnered with Technical University Berlin’s (TU) Cluster of Excellence Unifying Concepts in Catalysis (UniCat) to open a new BasCat laboratory on the south campus of the university.

The 1,000m² lab will host 17 scientists who will research the principles of heterogeneous catalysis for raw material change.

Out of the total investment of €13m, BASF will provide up to €6.4m during the first five years.

"Especially in this time of increasingly scarce resources, energy and raw material efficiency are playing an ever more important role."

UniCat spokesperson Matthias Drieß said: "The spirit of research and discovery at UniCat is becoming the centre of gravity of catalysis research in Germany, not least due to the BasCat laboratory, which is developing new experimental and theoretical solutions for raw material change."

"Out of the total investment of €13m, BASF will provide up to €6.4m during the first five years."

BASF and its partners seek to gain fundamental scientific knowledge of the activation of less reactive molecules to accelerate the development of industrially relevant catalysts.

Research partners include working groups from the natural and engineering sciences at the institutes of chemistry, process technology and material sciences at TU, as well as the inorganic chemistry department of the Fritz Haber Institute.

Since the cooperation agreement in 2012, the partners have launched various projects and BasCat now has a joint research centre for heterogeneous catalysis, BASF said.

TU president Christian Thomsen said: "The cooperation of UniCat with BASF has given catalysis research a new home at TU."

Image: The BasCat laboratory was opened on the TU south campus. Photo: courtesy of BASF SE.