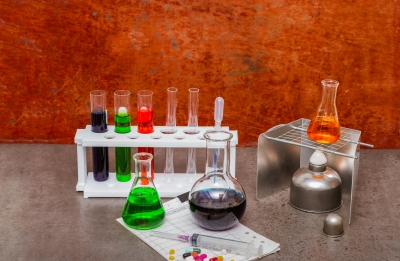 The Royal Swedish Academy of Sciences awarded the Nobel Prize in Chemistry for 2015 to Tomas Lindahl, Paul Modrich and Aziz Sancar for their molecular-level experiment showing how cells repair damaged DNA and safeguard genetic information.

The scientist trio have provided fundamental insights into the functions of cells, which can be used in the development of new cancer treatments.

Tomas Lindahl is a Swedish citizen who was born in 1938. He completed his PhD from Karolinska Institutet, Stockholm, Sweden in 1967.

Canadian fertiliser producer Potash withdrew its proposal to acquire its German rival K+S for around $8.8bn.

Citing challenging macroeconomic conditions, decreasing commodities and equity prices, and a lack of engagement from K+S management, Potash decided to drop the proposal.

PotashCorp president and CEO Jochen Tilk said: “Our proposal reflected full and fair value, and was predicated on a collaborative process, with access to customary due diligence.

The MoU was signed at the fourth Eurasian Forum in Verona, by Rosneft chairman of the management board Igor Sechin, Pirelli Tyre’s executive vice-chairman and CEO Marco Tronchetti Provera, and Synthos’s Michal Solowow.

The agreement marks the conclusion of the preparation stage of the feasibility study of the synthetic rubber plant construction project in Nakhodka.

Air Products to build steam methane reformer in Texas, US

Industrial gas company Air Products will build a steam methane reformer (SMR) in Baytown, Texas, US, with an investment of $350m to $400m.

The plant is scheduled to be on stream in 2018, and will produce hydrogen and carbon monoxide (CO), to be supplied to customers from Air Products’ gulf coast hydrogen and CO pipeline networks.

Air Products officially opened the gulf coast pipeline in 2012, which spans 600 miles, from the Houston ship channel in Texas to New Orleans, Louisiana.

Considered to be the largest sulphuric acid plant in the world, the facility has been built in a joint-venture between Indian Farmers Fertiliser Cooperative Limited (IFFCO), and Jordanian Phosphate Mines Company (JPMC).

The partnership was struck in 2007, and is expected to fulfill India’s phosphate requirements in the agricultural sector.

US researchers find way for incompatible catalysts to work in tandem

Professor of chemistry Marcus Weck and his group from New York University created a catalyst support structure that allows two incompatible catalysts to work in tandem.

The work is based upon nature’s method of compartmentalising reactions, and might lead to new areas of research for one pot syntheses for multi-step reactions.

With one pot reactions several steps take place in one vessel, in the same solvent, reducing time and waste associated with purification between steps.

Catalysts for different stages of the synthesis have a tendency to interfere if mixed together, preventing the desired product forming.

Dow to sell Kuwait joint-venture ME Global to EQUATE for $3.2bn

Dow Chemical is selling its stake in a petrochemical joint-venture with Petrochemical Industries, a unit of Kuwait Petroleum, called ME Global for $3.2bn.

Under the company’s divestment plan, Dow aims to reduce its stake in, and consolidate its joint-ventures with Kuwait.

Following the deal, Dow Chemical will get $1.5bn in pre-tax proceeds, and retain a 42.5% stake in MEGlobal through its ownership of Greater Equate.

It is part of Dow Chemical’s asset optimisation strategy, and in the second phase it will further reduce its stake in Greater Equate.

Emerson to automate Sasol’s $8.9bn petrochemical plant in US

Under the agreement, Emerson will provide its automation technology and expertise to the project that is expected to be completed by 2018.

The complex will increase Sasol’s chemical production capacity in the US by more than three times, using the abundant, low cost natural gas available in the region. The plant will include an ethane cracker with a production capacity of 1.5 million tonnes of ethylene per year, and six chemical manufacturing plants that will convert the ethylene into a diverse range of chemicals.

This new plant is a joint-venture between Celanese and Japanese company Mitsui, and was built at an investment of around $800m.

Apart from the existing plant located at Clear Lake, Celanese has invested around $300m in the expansion activities.

Under the deal, Covestro will use Reverdia’s Biosuccinium succinic acid for producing its Desmopan brand TPU, which has been used in several applications, such as footwear and consumer electronics industries.

Using its own patented low-pH yeast technology, Reverdia has been producing Biosuccinium commercially since 2012.