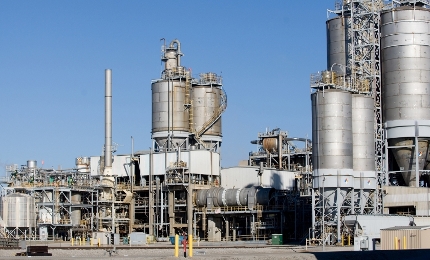 Airgas is known to be one of the leading suppliers of industrial gases and other related products, which has presence throughout the US.

After the deal, Airgas will operate as a fully-owned subsidiary of Air Liquide.

Among the four companies selected for the engineering, procurement and contracting (EPC) contract are the CB&I and CTCI joint-venture, Tecnimont, the GS Engineering and Construction and Mitsui joint-venture, and Punj Lloyd.

As per the contract, the CB&I and CTCI joint-venture will look after the part that involves steam cracker and utilities, while the plastics units of the complex will be built by Tecnimont.

The plant has the capacity of producing 300,000t of TDI per year.

BASF have said that it is the largest investment made at the site. It expects to create around 200 new jobs.

BP announced that it is looking to sell its petrochemicals complex in Decatur, Alabama, US.

The decision is a part of the company’s petrochemical reorganisation plan.

Through the new strategy, BP plans to pursue a competitively advantaged portfolio with low-cost facilities, using its proprietary technology, including the production of purified terephthalic acid.

The company has already invested $200m for the upgrade of its Cooper River plant, and its sister facility in Geel, Belgium. The new upgrades are aimed at lowering operating costs, improving reliability, and reducing emissions.

Cytec agrees to merge with Solvay

With the total outstanding shares voted standing at 84.1%, the merger approval received support from 99.3% of the votes cast.

In July, Solvay stated that price of each share for the proposed acquisition was expected to stand at $75.25.

A group of scientists at Genomatica and Braskem have announced that they have produced butadiene through a direct, bio-based process in a lab.

The companies have been producing butadiene in lab scale since June 2015 at Genomatica’s innovation centre in San Diego and Campinas.

In 2013, both Genomatica and Braskem joined to develop a commercial process for on-purpose production of butadiene from renewable feedstocks.

BASF plans to boost PA and PBT production in Germany

German chemical group BASF is planning to produce up to 70,000t of ultramid polyamide (PA) and ultradur polybutylene terephthalate (PBT) per year at its Schwarzheide site, Germany, from 2017.

The company said that the increased capacity would create around 50 new jobs at Schwarzheide site.

Technip to supply reformer to STAR hydrogen plant in Turkey

French company Technip won a contract to supply technology, detailed engineering, and procurement services for a reformer to be built as part of a hydrogen plant, near STAR Aegean Refinery in Petkim Aliaga complex, Turkey.

The STAR Aegean refinery was scheduled to start operation by this year.

The refinery is among one of the projects carried out by Turkey’s SOCAR-Turcas. The refinery will have the capacity to produce ten million tonnes of crude oil per year.

The services contract is worth $2.8bn. Under the deal, the joint-venture will provide EPC services to Liwa Plastics’ cracker Package 1, which includes steam cracker and other related units.

Indonesia’s state-run energy group, Pertamina, has finalised an agreement with Saudi Aramco to upgrade the Cilacap refinery in Central Java.

The heads of agreement (HoA) will formalise key business principles for joint-ownership, operation and upgrade of the Cilacap Refinery, which is expected to cost $5.5bn.