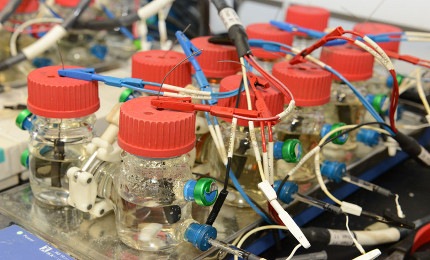 Dow Chemical is set to cut its workforce by 1,500 worldwide in an effort to streamline operations due to the pending separation of a major chunk of its chlorine value chain.

According to Dow, the reduction will address any stranded costs from the divestment of Dow Chlorine Products.

The company’s latest move, set to be completed during the next two years, is aimed driving geographic market engagement, and will further increase its value growth and productivity targets.

Dow said it is also in the process of making additional minor adjustments to its asset footprint in order to improve competitiveness.

Saudi Arabian company Energy Recovery Systems (ERS) is set to construct a new production unit for green ammonia and green urea (chemical fertiliser) with an investment of €3.7bn at Delwaide dock in the Port of Antwerp.

The company obtained approval from the Antwerp port authorities in Belgium for exclusive concession negotiations on 150ha of land for the plant construction.

At its proposed plant, the company plans to take up waste to chemicals projects.

ERS selected Antwerp as it is located in the middle of a chemicals cluster, has easy accessibility for ships and a good rail and road infrastructure, in addition to a wide network of pipelines for distribution.

Swiss agrochemicals company Syngenta rejected a $45bn acquisition offer from US-based Monsanto, claiming that the deal is not in its best interests.

Syngenta said that that the offer undervalues the company’s prospects, and that the proposal also underestimates the execution risks, including regulatory and public scrutiny at multiple levels in various countries.

According to Syngenta, Monsanto proposed to acquire the company at a price of CHF449 ($481) per Syngenta share, with around 45% in cash.

Named DSM NHU Engineering Plastics (Zhejiang), the JV will be 60%-owned by DSM, while NHU will hold the remainder.

The JV will produce various engineering plastic compounds based on PPS polymer supplied by NHU from its existing plant in Zhejiang. It will serve automotive, electrical and electronics, as well as industrial markets.

DSM will contribute its expertise in application development and materials science, and access to its global customer network.

Scientists from Stanford University achieved a breakthrough in the understanding of how methanogens obtain electrons from solid surfaces, which will help produce renewable bio-fuels and chemicals.

The findings will help scientists design electrodes for microbial factories that produce methane gas and other compounds.

"Now that we understand how methanogens take up electricity, we can re-engineer conventional electrodes to deliver more electrons to more microbes at a faster rate."

Said to be the first-of-its-kind compound, the strontium carbonate nano particles could help formulate resins to produce ultra-high transparency films with less than 1% haze.

Using inorganic filler additives such as Strontium carbonate for optical films, manufacturers of LCDs and organic EL displays will be able to improve performance by delivering enhanced image clarity.

Under the four-year contract, Jacobs will provide domestic and external EPCM services to Sadara.

Being constructed in Jubail Industrial City II in a single phase, Sadara’s integrated chemical complex will have 26 manufacturing plants. The plants are expected to have a joint capacity of more than three million tonnes a year.

BASF inaugurated an Ultramid nylon 6 and 6 / 6.6 polymerisation plant at the Shanghai Chemical Industry Park near Shanghai in China.

BASF chairman of the board of executive directors Dr Kurt Bock said: "This is the first investment in polyamide polymerisation for BASF in Asia Pacific, and shows our strong commitment to this market.

"The innovative production setup enables us to respond to our customers’ needs even quicker, with more flexibility."

With annual capacity to produce 100,000t, the new plant is expected to bolster the company’s production and supply network locally, and enable it to better serve the growing Asia Pacific market.

The acquisition was originally announced in March and is set to increase Indorama’s PET capacity share in the country to 58% from the existing 43%, while increasing its market share in the region.

Bangkok Polyester exports PET to Japan, which is the world’s largest importer of PET at present, enjoying zero import duties from Thailand.

According to Indorama, the acquisition of Bangkok Polyester will enhance the company’s overall cost synergies and supply chain as it is in line with its strategy of vertical integration.

Enirgi Chemicals will supply sodium bicarbonate to the JV, while Solvay will use its expertise to make further gains in the market.