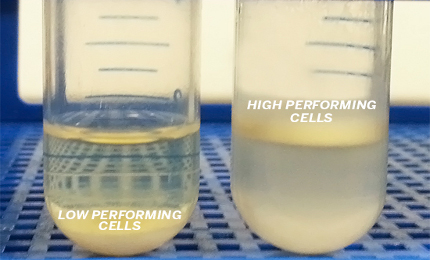 Scientists from Japan, the UK and US at Tokyo Institute of Technology developed a new catalyst, said to facilitate dissociation of nitrogen bond in ammonia production.

The catalyst is said to allow breaking the triple bond in nitrogen molecules, which has been a significant challenge for researchers.

The team found that the bond dissociation no longer limits the rate of the reaction.

Demand for ammonia produced from molecular nitrogen and hydrogen is high as it is the key component used in synthesis of fertilisers and pharmaceuticals.

Dow Chemical agreed to separate and merge its chlor-alkali and downstream derivatives businesses with Olin in a $5bn deal.

The deal will be done through a tax efficient, Reverse Morris Trust transaction, which includes Dow’s US Gulf Coast chlor-alkali and vinyl, global chlorinated organics and global epoxy businesses.

With the completion of the deal, Dow will hold 50.5% stake in Olin with the latter’s shareholders will have around 49.5% interest.

Evonik Industries was reportedly looking to make a bid to acquire Swiss speciality chemicals company Clariant in a deal that would create an entity worth more than €20bn.

Sources familiar with the matter were reported by The Financial Times as saying that the German firm has been considering various options to pursue mergers and acquisitions in the chemical sector.

A potential bid for Clariant is expected to value the company at CHF7.3bn ($7.6bn), which represents CHF23 ($24) per share, a source told the newspaper.

The sources said that no bid has been finalised so far.

Scientists at the University of Texas at Austin developed a new yeast strain, which could help produce bio-chemicals and bio-fuels.

Called Yarrowia lipolytica, the re-engineered strain is said to enhance bio-fuel and bio-chemical production processes with its ability to convert simple sugars into oils and fats that could replace petroleum-derived products.

Pasargad Energy Development (PEDC) secured a contract from the Iranian Mines and Mining Industries Development and Renovation Organization (IMIDRO) to build a petrochemical complex in Iran with an investment of $3bn.

Covering an area of 160ha, the complex will be built at the Parsian Energy Intensive Industrial Zone in Fars Province. It will feature eight production units.

The facility will be the first-of-its-kind in Iran to implement natural gas-to-propylene conversion technology, reported IRNA.

As part of the plan, the company plans to suspend EPDM rubber production at its facility in Marl, Germany later this year.

According to Lanxess, the Marl facility is least competitive among Lanxess’s EPDM production network due to its high energy and raw material costs and economy of scale limitations.

The company will soon enter negotiations with employee representatives at the plant, to identify feasible solutions.

The company has signed deals with Japan Bank for International (JBIC), state-owned Public Investment Fund (PIF), and a group of 19 local and international banks.

The credit facilities have tenure in excess of 16 years with final maturity in June 2031.

Huntsman announced plans to close four manufacturing facilities by the end of this year, as part of restructuring of its colour pigments business.

The plan to restructure colour pigments operations comes after the company previously announced plans to streamline its global pigments and additives business.

Huntsman’s facilities in Cartersville, Georgia; East St. Louis, Illinois; and King of Prussia, Pennsylvania in the US and one plant in Hainhausen, Germany will be closed.

The company said that products manufactured at these plants will be supplied by its other facilities, including the Augusta plant, which was acquired as part of Rockwood Holdings’ pigment and additives divisions.

The transaction allows the company to focus on blasting products and services for mining, quarrying and construction segments in more than 100 countries worldwide.

The sale includes Orica’s chemicals operations in Australia, New Zealand and Latin America, as well as the Chloralkali manufacturing unit in Australia, and Bronson & Jacobs, which serves the food, nutrition, healthcare and personal care segments.

Graphene aerogels optimised with boron and nitrogen can act as catalysts

Rice University scientists found that metal-free aerogels made from graphene nanoribbons and optimised with boron and nitrogen can serve as catalysts to produce fuel cells.

The team used various levels of boron and nitrogen with graphene nanoribbons, to test their electrochemical properties.

During tests, which involved half of the catalytic reaction, researchers identified that a version with around 10% boron and nitrogen is efficient at catalysing oxygen reduction reactions.