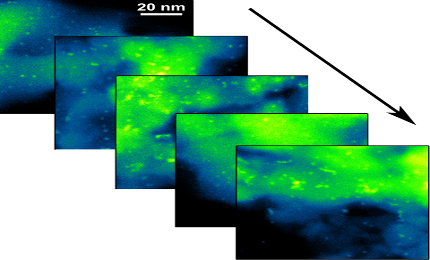 BASF selected Fluor as the global engineering partner for its future chemical and petrochemical projects across the world.

The agreement was signed at BASF’s chemicals complex and headquarters in Ludwigshafen, Germany.

The scope of work under the deal covers conceptual and front-end engineering, detailed engineering, procurement, project management, construction management and other services.

Kassel-headquartered K+S is a salt and potash producer with production sites in Europe, North America and South America. It has a workforce of more than 14,000.

The company recorded revenues of around €3.8bn and earnings before interest and tax (EBIT) of €641m in 2014.

PotashCorp said in a statement: "There is no certainty that any offer will ultimately be made, or as to the terms on which such an offer might be made."

Sources familiar with the matter said that the takeover offer represents over €40 a share, and K+S is likely to reject the offer as being too low.

The US Department of Energy’s Brookhaven National Laboratory developed a new technique to monitor atomic-scale changes during catalytic reactions in real time.

The team has used a new reaction chamber, called a micro-reactor, which combines x-ray absorption spectroscopy and electron microscopy to track a common chemical reaction.

Study co-author and Brookhaven Lab scientist Eric Stach said: "We tracked the dynamic transformations of a working catalyst, including single atoms and larger structures, during an active reaction at room temperature.

"This gives us unparalleled insight into nanoparticle structure, and would be impossible to achieve without combining two complementary operando techniques."

Mexichem plans to spend $800m on new projects this year

Mexican petrochemical producer Mexichem is reportedly planning to build new facilities and enhance its existing plants this year with an investment of $800m.

Mexichem CEO Antonio Carrillo was quoted by Reuters as saying: "This is the most important year for Mexichem in organic investment."

The company operates 122 manufacturing facilities, mines and laboratories in over 30 countries worldwide.

The investment budget for this year represents a three-fold increase on Mexichem’s spending last year.

AkzoNobel and Evonik Industries are planning to set up a 50 / 50 joint-venture (JV) for the electrolysis of chlorine and potassium hydroxide solutions.

Planned to be built at AkzoNobel’s existing complex in Ibbenbüren, Germany, the facility will have annual capacity of approximately 130,000t of potassium hydroxide, and 82,000t of chlorine solutions.

Subject to regulatory approvals, the jointly-operated facility is expected to be commissioned by the end of 2017.

The AkzoNobel executive committee member responsible for specialty chemicals Werner Fuhrmann said: "This investment in our chlor-alkali activities will make our business even more sustainable.

"Not only will we secure the long-term supply of our customers with chlorine and hydrogen, but our environmental profile and operational efficiency will also further improve."

The new laboratory in Paulinia will mainly focus on research to develop new processes and molecules derived from biomass, which is mostly plant or vegetable-based.

The sustainable chemical solution will be produced using abundantly available plants or vegetables in Brazil, which will be favourable to the climate.

Sibur signs a deal with SAP to implement IT project

Sibur signed a deal with SAP to implement an IT project that is claimed to be the largest in the petrochemical industry.

The deal follows a cooperation between the companies, which started with a project to introduce an ERP system at Sibur’s enterprises and Moscow headquarters.

A uniform mechanism was developed for planning and collecting information at all of Sibur’s enterprises, and over 400 scenarios were created to test the most critical operations.

Under the cooperation agreement, SAP will implement its system in all of Sibur’s production plants. The project is expected to be completed by 2019.

The waiting period under the Hart-Scott-Rodino (HSR) Antitrust Improvements Act of 1976 has been completed, clearing one of the closing conditions for the deal.

In March, Dow agreed to separate and merge its chlor-alkali and downstream derivatives businesses with Olin in a tax-efficient Reverse Morris Trust transaction.

The transaction is expected to create an entity with revenues of around $7bn.

A Schulman completes acquisition of Citadel Plastics for $800m

The company operates 21 manufacturing facilities across the world and has a workforce of 1,200.

Of the 21 facilities, ten thermoplastic facilities are in the US and Canada, and the remaining 11 thermoset composite plants include seven in North America, two in Mexico, one in Germany, one in Brazil, and a joint-venture for two plants in China.

The project was announced in 2010, and is said to be the largest industrial investment, and largest hydrogen contract for the company.

Air Liquide Arabia will supply hydrogen to YASREF refinery in Yanbu, under a long-term agreement.
A joint-venture of Saudi Aramco and Sinopec, YASREF is expected to process 400,000 barrels of heavy crude oil per day.