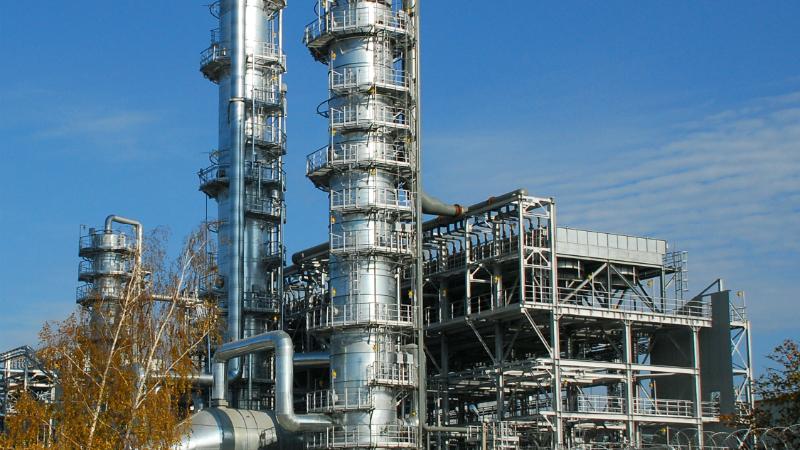 It will be the first plant in a new industrial zone in the Chabahar area.

The company also decided to open permanent offices in Tehran, with an expectation to tap the petrochemical and refinery business in Iran.

Sustainable technology firm Anellotech secured a patent bearing the number 9,249,080 from the US Patent and Trademark Office (USPTO) for a catalytic process, which converts non-food biomass into several intermediates for the chemicals industry.

Anellotech president and CEO David Sudolsky said: “This new patent is an extension of Anellotech’s technology for producing aromatics from clean, non-food biomass, providing broad scope for the conversion of biomass into a spectrum of chemicals that form the backbone of the modern chemical industry.”

Mosaic to cut down phosphate production

Mosaic Company, a provider of phosphate and potash fertilisers, is planning to scale down the production of phosphates by up to 400,000t.

The company plans to shut down the rotating plant by the end of the first quarter of this year.

Chemical manufacturing group LSB Industries announced that its new 375,000t ammonia plant at its facility in El Dorado, Arkansas, US, is mechanically complete.

Scheduled to be operational in the early days of the second quarter of this year, the mechanical completion of the facility includes the installation of process vessels, rotating equipment, and related piping and valves.

With the subsidiary in Mexico, Asahi Kasei aims to provide plastic compounds to the manufacturing facilities of the US, European, and Japanese automotive groups in Mexico.

Axens to provide technology to Hengli’s petrochemical project in China

The proposed crude-to-paraxylene complex will have the capacity to process 400,000 barrels-per-day of crude oil and will provide high-purity paraxylene to purified terephthalic acid (PTA) plants for PET application.

The complex will house a final-conversion refinery to produce naphtha and an aromatic complex to increase high-purity paraxylene production.

LyondellBasell selects Fluor to provide FEED work for PO/TBA plant in Texas, US

LyondellBasell, a plastics, chemical and refining company selected Fluor to provide front-end engineering and design (FEED) services for its proposed propylene oxide and tertiary butyl alcohol (PO/TBA) plant, to be built at its Channelview and Bayport Choate sites in Texas, US.

The value of the contract has not been disclosed.

Claimed to be the world’s largest PO/TBA plant, the output of the plant will be used to produce polyols, high-octane gasoline components, and other isobutylene derivatives.

Perstorp plans to invest in pentaerythritol plant in India

Swedish specialty chemicals group Perstorp signed a memorandum of understanding (MoU) with the Maharashtra Industrial Development Corporation (MIDC) to evaluate the opportunity to invest in a new production plant for pentaerythritol (penta) in India.

The MoU was signed at the ‘Make in India’ event, organised by the Government of India as part of an initiative to drive investments in the country.

With the signing of the MoU, Perstorp aims to boost its position in the Asian market and tap the growing market for coatings in India.

China will penalise 123 people, including five at the ministerial level, related to last year’s deadly chemical blast in Tianjin.

The announcement came following the release of an inquiry report on the country’s deadly blast last August that killed 165 people and injured 798.

Immediately after the blast, China’s State Council started an investigation to find out the cause, and in its final report the council found that over 11,300t of hazardous materials were unlawfully stored at a warehouse owned by Tianjin Ruihai International Logistics on the day of the explosions, reports Shanghaiist.