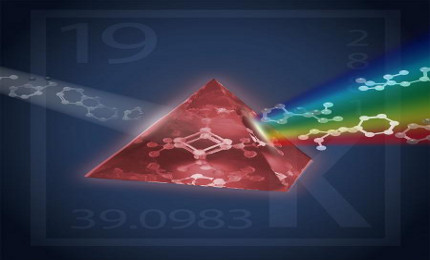 The companies announced the JV agreement in October last year.

The new business is called BASF Toda Battery Materials. It will be engaged in research and development (R&D), production, marketing and sales of cathode materials, including nickel cobalt aluminium oxide (NCA), lithium manganese oxide (LMO) and nickel cobalt manganese (NCM), which is used in lithium-ion batteries.

The deal is the company’s third within the crop protection segment after its acquisitions of Agriphar and Chemtura AgroSolutions.

Arysta’s product portfolio includes agrochemical and bio-solutions such as insecticides, fungicides, herbicides, bio-stimulants and value-added nutrients. In 2013, the company recorded revenues of $1.5bn.

Russia-based gas processing and petrochemicals company Sibur has started construction on its $9.5bn hydrocarbon to polyolefin processing facility in the Tyumen region, Moscow.

Project ZapSibNeftekhim is designed to operate a steam cracker with a capacity of 1.5mtpa of ethylene provided by Linde and 500ktpa of propylene, as well as 100ktpa of butane-butylene fraction.

It will also include facilities with a total capacity to produce 1.5mtpa of various grades of polyethylene supplied by the UK’s Ineos, and a polypropylene unit of 500ktpa supplied by Dutch firm LyondellBasell.

The company said that ZapSibNeftekhim aims to develop its processing operations and is focused on significant volumes of oil and gas exploration by-products in West Siberia, including associated petroleum gas and import substitution of those polymers in demand on the Russian market.

Egypt and Kuwait partner on $6.8bn petrochemical and fertiliser projects

Egyptian and Kuwaiti companies have signed preliminary deals to set-up petrochemical and phosphate fertiliser projects worth around $6.8bn.

Under the memorandums of understanding (MoU) between the two countries, the companies will work together to build a propylene complex, petrochemical and refinery plant, formaldehyde plant and phosphate and compound fertiliser complex.

Work on the proposed projects is expected to commence in three to five years.

Said to be a ‘green’ chemistry technique, the process uses potassium tert-butoxide, a substance commonly found in laboratories, eliminating the use of precious metal catalysts.

Caltech graduate student Anton Toutov said: “We have shown for the first time that you can efficiently make carbon-silicon bonds with a safe and inexpensive catalyst based on potassium, rather than ultra-rare precious metals like platinum, palladium and iridium.

“This is a technology that the chemical industry could readily adopt.” 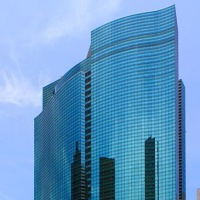 Restructuring is part of the company’s 2014 mid-term business plan, which was designed to simplify the domain of each business sector.

US-based FMC signed a definitive agreement to sell its Alkali Chemicals division to Tronox for $1.64bn.

FMC announced plans to divest its Alkali Chemicals division in September 2014 when it agreed to buy Cheminova for $1.8bn, in order to reduce debt associated with the Cheminova acquisition.

The business operates mining and processing facilities in Green River, Wyoming, US. 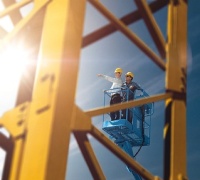 BASF planned to increase its production capacities of bismuth vanadate pigments in Besigheim near Stuttgart, Germany.

Increased capacity to meet the demand for alternatives to lead chromate pigments and is expected to be available by 2017.

Bismuth vanadates are yellow pigments with a special greenish colour tone, used for the formulation of paints, coatings and plastic coatings. They are marketed by the company under the Sicopal and Paliotan brand names.

They are a high-performance inorganic alternative to pigments containing lead chromate.

The decision to sell its synthetic-rubber unit came as Lanxess battled production overcapacity and weak prices.

Previously, Lanxess said it had been searching for a strategic partner for a production or marketing alliance to tackle these problems.

Scientists from the RIKEN Center for Emergent Matter Science discovered a new method of artificially creating and dismantling supramolecular polymers, which would enable them to make polymers with a wide range of properties, for use in new applications.

Supramolecular complexes are chain-like structures featuring small units associated with weak non-covalent bonds. These complexes are said to be assembled and disassembled in a controlled manner.

RIKEN’s new process makes use of traditional polymer chemistry methods and self-organising capability of monomer elements. It involves addition of a mixture of monomers and initiator to the solvent.