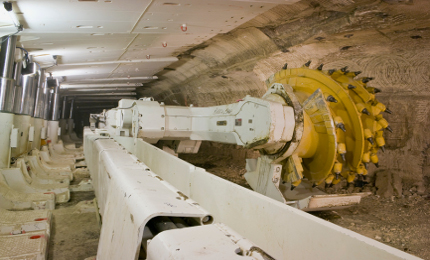 Chemists at Lancaster University in the UK achieved a breakthrough in understanding the way crystals develop, which could support efficient development of chemical products.

The Crystal Nuclei Breeding Factory is said to have a major impact for the pharmaceutical, chemical and food segments.

Several attempts so far to study how new crystals are formed were unsuccessful as microscopes lacked capability to evaluate the behaviour of molecules, chemists said.

The company offers resin products in various formats, including liquid, lumps, powder, and grains, for use in electronic materials, housing equipment and paints.

Tronox completed the acquisition of FMC’s Alkali Chemicals division in a $1.64bn deal.

The company signed a deal with FMC for the acquisition in February this year.

Shintech to build $1.4bn ethylene production plant in Louisiana, US

Shin-Etsu Chemical’s US subsidiary Shintech announced plans to invest $1.4bn to build an ethylene production plant in Plaquemine, Louisiana, US.

Claimed to be the first ethylene plant built in the US by a Japanese chemical firm, the plant will have the capacity to produce 500,000t of ethylene per year.

Toyo Engineering has been contracted to oversee construction of the plant, which is expected to be complete in the first half of 2018.

Lummus Technology will be responsible for providing the ethylene process technologies.

With the gradual ramp-up of the new plant, the company completes its global EPDM rubber asset base.

Over the next few months, the company will be running sampling and approbation processes with customers.

With a production capacity of 160,000t per year, the new plant will produce in ten premium grades of EPDM to meet demand from Chinese and Asian customers.

The company provides engineering design, procurement and project management services for a wide range of chemical projects in China.

With this acquisition, Jacobs will be able to strengthen its capabilities in China through class A design licenses.

A research group at the University of Tokyo developed active immobilised catalysts to synthesise pharmaceutical and fine chemicals.

In an eight-step continuous flow reaction, the team used multiple column reactors with immobilised catalysts to synthesise (R) and (S) rolipram, an active component of a medicine.

The catalysed flow fine synthesis method is said to eliminate the need of isolation or purification of intermediates and purification of products from catalysts, consuming a lower amount of energy.

The team said that the technology can also be used to produce aminobutyric acids and medicines, as well as chemicals, including flavours, agricultural chemicals, and functional materials.

US-based FMC completed the acquisition of Cheminova, a wholly owned subsidiary of Auriga Industries for $1.8bn, including debt.

Initially announced in September 2014, the acquisition is part of the company’s strategy to focus on agriculture, health and nutrition end segments.

FMC president, CEO and chairman Pierre Brondeau said: “Cheminova has a highly complementary product portfolio and geographic footprint and follows a similar strategic approach to FMC in applying technology to deliver solutions to its customers.

“This transaction will broaden our Agricultural Solutions portfolio and significantly strengthen our market access.”

At the new facility, the company will produce its line of Container Dri II products alongside a full range of desiccant bags extending its existing regional support for the Asian market.

Container Dri II, the company’s specially designed cargo desiccants are aimed at protecting goods from the harmful effects of moisture and water damage during shipping via container, rail barge or truck.

These products play a major role in preserving edible cargo and other sensitive goods during long transport across different climate zones, the company said.

The project is part of the company’s strategy to develop innovative HDS grades, and meet the increasing demand for energy saving tires.

Planned to start operations within two years, the facility will produce more than 80,000t of silica.