While discussions between those in favour and those against nanotechnology continue, materials based on what is termed nanotechnology have found their way into everyday life. And as companies continue to invest in this area, many more products and applications are set evolve.

“Nanotechnology is a cross-sectional technology that can play a role in a variety of different industries and application areas,” says Joachim Wolff, a member of Bayer Material Science’s executive committee and head of the coatings, adhesives and specialities segment. “Its potential uses range from industrial production to energy supply and storage, from information technology to intelligent surfaces and also some areas of medicine, like diagnosis or therapy,” he adds.

Nanotechnology is widely defined as “the science of engineering matter at the atomic and molecular stage”. It is the unique properties of materials manufactured or engineered at this level that has led supporters of nanotechnology to claim it could be used to benefit mankind in many ways, from treating cancer to preventing pollution.

Materials and applications based on nanotechnology are in use in almost all sectors from personal care products, food packaging and textiles, through to coatings, electronics and automotives. In the early days of the technology’s development, small companies and university spinoffs were leading the way, but the presence of a number of major chemical companies is increasing the pace of change.

“Currently, the advantages of nanotechnology outweigh the potential risks.”

One leading innovator in the field is Oxonica, which developed as a spinoff from the UK’s Oxford University in 1999. Oxonica’s proprietary technologies allow it to rapidly create prototype nanoparticles, typically in the range of five to a few hundred nanometres, and evaluate the differences in their properties to identify nanoparticles with appropriate functionality to solve a given problem.

Since its launch, the company has gone from strength to strength. One of its many notable achievements is the decision by Boots, a leading UK-based healthcare retailer to use Oxonica’s UV absorber, Optisol, in a range of facial suncare products. Oxonica’s Optisol is a micro-fine titanium dioxide incorporating a small amount of manganese in the crystal lattice. This allows UV energy to be dissipated virtually eliminating the generation of free radicals.

The company has also used its technology to develop Envirox a combustion catalyst which when added to diesel fuel has been shown to lower costs by reducing consumption and reducing emissions of carbon dioxide and other harmful exhaust materials. Engine modifications are not required to use Envirox.  The fuel borne catalyst is being used by international public transport group Stagecoach. The company said that over the past five years Envirox had reduced CO2 emissions from its UK bus fleet by more than 100,000t.

At the same time collaboration between business and academia continues to be an important route for growth. The end of 2009 saw German chemical major BASF and the Karlsruhe Institute of Technology (KIT) establish a joint laboratory for process technology. The partnership comprises 20 research scientists, including 11 PhD students and they will work to develop integrated processes to produce nano-structured functional materials. The aim is to produce particulate materials with structures that, although extremely small, can be controlled very precisely by process management. The new process and materials could be used in areas such as heterogeneous catalysis or organic electronics. 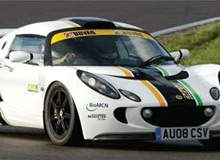 Biomethanol: a Fuel of the Future

“As companies continue to invest in nanotechnology, many more products and applications are set evolve.”

Meanwhile Bayer Material Sciences has taken its developments in nanotechnology to the manufacturing stage. During January 2010, the company opened a pilot plant for the manufacture of carbon nanotubes. Located in Leverkusen, Germany, at Chempark, the plant, which required an investment of €22m, is said to be the largest of its kind in the world.

Bayer’s carbon nanotubes can be added to polymer matrices or metal systems as a filler or modifier to improve mechanical strength and impart electrical properties. Potential applications for the company’s nanotubes, marketed as Baytubes, include thermoplastic and thermoset systems and coatings.

With environmental concerns linked to nanomaterials Bayer has a comprehensive product stewardship programme that supports the safe handling of Baytubes from production through processing to application and waste management.

Europe’s chemical body Cefic says that while convinced that nanotechnology could “revolutionise virtually every aspect of our daily lives,” its adds, “our members are dedicated to the sustainable development of nanomaterials and nanotechnologies. This includes a commitment to safety, openness and transparency and a continuous dialogue with society to ensure we are meeting expectations and earning our ‘licence to innovate’.”

Companies are working at an international level to ensure the safety of their nanoproducts. During 2007, the Organisation for Economic Cooperation and Development (OECD) established a working party on nanotechnology that has input from leading global chemical players.

The question of nanotechnology safety

But in spite of commitment to safety, doubts remain. Many environmental groups are calling for a tightened regulatory framework where nanomaterials are concerned. Indeed as the Belgian EU presidency met to discuss nanomaterials in September 2010, the European Environmental Bureau, released a report calling on Europe to “broaden its approach to new technologies if it is to innovate in a truly sustainable way”.

Doreen Fedrigo, EEB’s policy director, said “We need to see serious action taken on developing a policy approach that protects human health and the environment. Focusing only on small pieces of the puzzle doesn’t help us develop the big picture.” The EEB pointed out that discussions regarding nanomaterials had already stretched political decision-making to its limits, and that difficulties in collecting data to do risk assessment on individual nanomaterials meant that little was known of their potential effects on human health and the environment.

At present, the advantages outweigh the potential risk, but industry and legislators are determined to ensure that nanotechnology brings benefits and a brighter global future.