For more than 85 years, Protectoseal has been a leading manufacturer of products that conserve and control volatile vapors and protect low-pressure storage tanks and equipment from fire and explosions.

The industry pioneer’s integrated line of pressure and vacuum relief vents, flame arresters and related vapor control devices are used in liquid processing and storage applications. Protectoseal’s products are used in a wide range of industries including:

In recent years, Protectoseal has taken a strong role in promoting the safe operation of vapor recovery systems. The company has actively participated in the drafting of international regulations and standards, focused research and testing, and the development and marketing of products such as detonation flame arresters and tank blanketing valves.

Pressure and vacuum relief vents are employed where it is necessary or desirable to reduce evaporation of tank contents to the atmosphere. These vents are typically mounted to a flange or pipe that connects to the vapor space (space within the tank that is above the liquid surface) of a storage tank. The pressure in this vapor space increases or decreases as liquid is pumped into or out of the tank. Atmospheric changes can also cause an expansion or contraction of the vapors in this space, resulting in further pressure increases or decreases.

An end-of-line vent, such as series no. 8540H, relieves pressure directly to the atmosphere. Our series no. 18540, pipe-away vent allows for the vented vapors to be confined and directed through connected piping for further processing.

In addition to the normal venting of a tank, most above-ground liquid storage tanks should be provided with an emergency pressure relief vent, such as our Series 7800 or Series 53000 manhole cover vent. These vents relieve pressure in the event of a fire and protect the tank from catastrophic over-pressurization damage, resealing automatically when the tank pressure is reduced.

Flame arresters and detonation arresters are passive, mechanical devices installed on a storage tank nozzle or in a flammable vapor piping system. These systems have two main functions:

The choice of a proper arrester depends on factors such as its proximity to the ignition source and the flammable properties of the vapor/air mixture.  Protectoseal has arresters suitable for use with IEC gas groups IIB3 (NEC group C) and IEC gas group IIA (NEC group D), with some models type approved according to ATEX directive 94/9/EC, standards EN 12874 and ISO 16852.

Series 20 and 30 tank blanketing valves provide an effective means of regulating an inert gas, usually nitrogen, into the vapor space of the liquid storage tank.  When the tank pressure drops below a pre-determined level, the blanketing valve opens and allows flow of the inert gas into the vapor space. The valve reseals when pressure in the tank has returned to an acceptable level. No supply of oxygen is allowed to enter the tank, preventing the forming of a flammable mixture.

Protectoseal also offers vapor control equipment sizing and selection software in the form of its Pro-Flow III package. This latest version, compatible with Windows, offers a choice of two sizing protocols and quickly analyzes input data and presents the impact of various parameters on sizing recommendations. 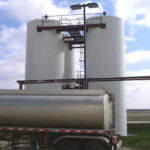 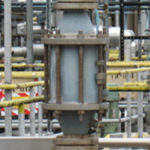 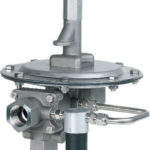 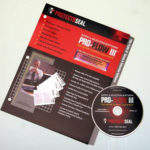