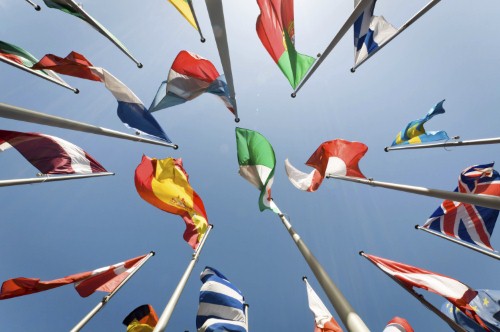 In a world that has become increasingly politically turbulent over the last few years, international businesses have had to pay more attention to safety and security issues, in order to make sure the goods they are shipping do not fall into the wrong hands and end up being misused for unethical purposes.

Naturally, any responsible business will understand and accept the paramount necessity of taking steps to prevent terrorist acts or atrocities – but inevitably, this has often led to an increased administrative burden for regular importers and exporters.

In the last few weeks, the European Commission has been discussing a number of proposals to modernize and strengthen its export control rules to ensure its standards of safety can be more rigorously enforced, while also making sure that legitimate trade is able to proceed as smoothly as possible. If successfully implemented, the move could bring about broad-ranging benefits in both business and security terms.

The new proposals pertain to the export of so-called dual-use items – namely, goods and technologies that have legitimate civilian applications, but may also be misused for severe human rights violations, terror attacks or the development of weapons of mass destruction.

As a major producer and exporter of dual-use items, the EU has a rigorous export control regime in place, which originally emerged in the late 1990s and has been gradually strengthened since then, particularly since the publication of the EU strategy against the proliferation of weapons of mass destruction in December 2003.

The existing regulation – number 428/2009 – enables the free circulation of the majority of dual-use items throughout the EU. Commodities such as nuclear reactors, cryogenic refrigeration units, explosives, surveillance equipment and potentially toxic chemicals are all among the items that need to be carefully monitored throughout the export, brokering, transit and transfer process.

Dual-use items comprise a significant portion of EU trade with many key partners, and are crucial to the successful running of many internationally-facing European businesses; at the same time, there is a great need to make sure they are being distributed safely and responsibly.

In order to fulfill the EU’s commitment to modernizing the system to keep pace with new threats and technological changes, the rules are now set to be updated, with a number of key proposals having been outlined:

It is hoped that these new laws will achieve the right balance between guaranteeing security and transparency, and maintaining the competitiveness of European companies and legitimate trade in dual-use items.

Specifically, the updated proposals will help to address the emergence of new risks, including the proliferation of surveillance technology such as monitoring centres and data retention systems that can be misused for repression or armed conflict – at the same time, they will lower the administrative burden on law-abiding businesses and ensure a greater degree of consistency.
The ideas put forward by the European Commission will now be debated by the EU Council and the European Parliament via an ordinary legislative procedure to determine the best way of bringing these ideas into effect.

Cecilia Malmstrom, the European commissioner for trade, said: "We are living in turbulent times. Preserving peace and protecting human rights are core objectives of the EU, and our trade policy is essential to that aim. That’s why we are proposing a set of modern rules to make sure that exports are not misused to threaten international security or undermine human rights."