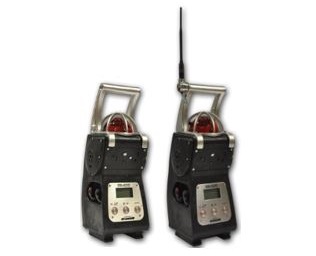 3M Gas & Flame Detection has announced its BM25 and BM 25 Wireless area gas monitor devices have been approved according to INMETRO n°179-2010 standards, and have also received n°15.0200 X accreditation.

The BM 25 packs the benefits of a fixed system area monitor into a rugged, user-friendly and transportable instrument.

It was designed to detect one to five gases for mobile or temporary work applications, team protection, area surveillance, or places where fixed detection systems are not suitable.

The Wireless version allows several BM 25 devices to communicate on the same network or to send information wirelessly to a controller.

Less than 7kg, the BM 25 is easily transportable and its robustness makes it resistant to harsh environments.

The monitor emits a powerful audible alarm of 103dB at 1m, and has an ultra-bright flashing signal viewable from 360°.

The BM 25 Wireless version allows an alarm transfer up to 1km line of sight with the network. With 170 hours autonomy, the BM 25 allows to work longer in dangerous area.

For more information, please contact 3M via the enquiries form.